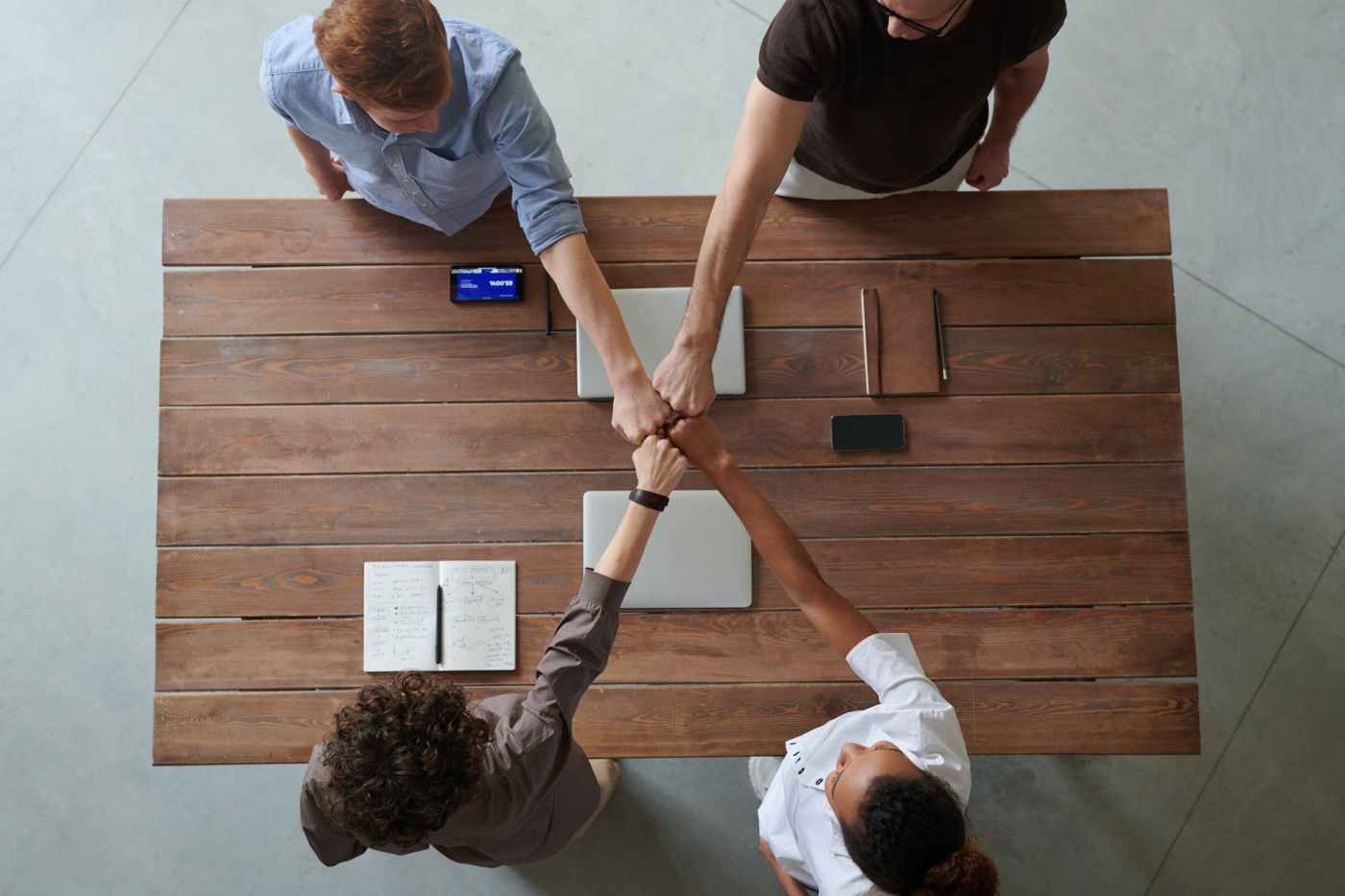 In India, the law governing the companies is the Companies Act 2013, its previous version was an act of 1956. Section 2(20) of the act defines a company as “a company incorporated under this act or under any previous company law”[1]. The above definition does not give a meaning of the words company hence by quoting Lord Justice Lindley, A company is an association of many persons who contribute money to common stock and are employed in some trade or business and who share the profit and loss arising therefrom. In simple terms when some people come together and make a common stock of money to engage in some business, such an association is known as the company. Now, whenever a company wants to raise share capital it issues a document for the such invitation, called Prospectus. Thus, a prospectus is a legal document, that describes the financial securities offered for sale to investors by the company.

So as per the companies act prospectus of any company is a document that is considered a prospectus, it also has a shelf prospectus as mentioned in Section 31[4] and it should also include any notice, advertisement, circular, or any other document which invites offers for the subscription or purchase of any securities of a company from the public. Here an offer to the public means when a company listed or unlisted invites subscriptions of its securities from more than 200 persons in a financial year. But Qualified institutional buyers and Employees, are offered securities under a scheme of employees stock option as per provisions of section 62(1)(b). Any document must meet few requirements in order to be considered a prospectus. The paper should invite deposits or the subscription to public shares or debentures. The general public should receive such an invitation. The invitation must be sent by or on behalf of the company. The invitation must be in relation to shares, debentures, or similar securities.

Red Herring prospectus also known as preliminary prospectus document circulated by a company that is going to sell shares for the first time, giving details of the company but no details of the price of the shares, etc. It is sent to people who might be interested in buying the shares[3]. Under the companies act section 32 delas with the red herring prospectus. It is a document which is issued to public prior to the releasing of prospectus for determining the price of the securities. Such prospectus is generally issues during book building method. “Book building is the process by which an underwriter attempts to determine the price at which an initial public offering (IPO) will be offered. The process of price discovery involves generating and recording investor demand for shares before arriving at an issue price. In regulation 2(1)(f) of the SEBI (ICDR) Regulations, 2009, book building is defined as “a process undertaken to elicit demand and assess the price for determination of the quantum or value. The name “Red Herring” on the prospectus cover serves as a reminder that the red herring prospectus is a noteworthy incomplete preliminary document. The document’s disclaimer, which informs readers that the prospectus is incomplete, serves as the red herring in this situation. Thus, the phrase “red herring” comes from the conspicuous disclaimer in red on the cover page of the preliminary prospectus. The investor is simultaneously informed that the company has filed for an IPO (IPO).”

Red herring prospectus means a prospectus which does not include complete particulars of the quantum of the price of securities included therein. In simple terms it means a red prospectus contains most of the information pertaining to the company’s operations and prospectus, but does not include key details of the issue such as its price and number of shares offered. Red herring prospectus must include all the information and essentials as required under section 26 of the companies act except quantum or price of securities that are going to be offered. “As per SEBI guidelines, minimum floor price is required to be specified and not maximum price or band”.

HOW TO FILE A RED HERRING PROSPECTUS?

The red-herring prospectus should be submitted to ROC by the unlisted public company. When it comes to a listed firm, the red herring prospectus needs to be submitted to SEBI at least three days before the offer is set to begin. Following the completion of the offering of securities, the final prospectus, which must be submitted with ROC/SEBI by both unlisted and listed companies respectively, must include the total amount raised, the closing price, and other information that is not included in RHP.

As we earlier discussed that Section 32 of the Companies Act, 2013, deals with Red Herring Prospectus. The said provision reads as follows

(1) A company proposing to make an offer of securities may issue a red herring prospectus prior to the issue of a prospectus.

(2) A company proposing to issue a red herring prospectus under sub-section (i) shall file it with the Registrar at least three days prior to the opening of the subscription list and the offer.

(4) Upon the closing of the offer of securities under this section, the prospectus stating therein the total capital raised, whether by way of debt or share capital, and the closing price of the securities and any other details as are not included in the red herring prospectus shall be filed with the Registrar and the Securities and Exchange Board.

Explanation. —For the purposes of this section, the expression “red herring prospectus” means a prospectus which does not include complete particulars of the quantum or price of the securities included therein.”

(1) A public company making an issue of securities may circulate information memorandum to the public prior to filing of a prospectus.

(3) The information memorandum and red-herring prospectus shall carry same obligations as are applicable in the case of a prospectus.

(4) Any variation between the information memorandum and the red-herring prospectus shall be highlighted as variations by the issuing company.

(5) Every variation as made and highlighted in accordance with sub-section (4) above shall be individually intimated to the persons invited to subscribe to the issue of securities.

In this case when a promoter for the corporation owned by the appellant is the second respondent in this case. In an agreement of sale, Subhuthi and Respondent 1 agreed to sell some company assets for a total of Rs. 98.19 crores, of which Rs. 24.19 crores were paid in cash and Rs. 74 crores were issued as stock. If a dispute developed, the agreement provided arbitration as a method of resolving it. But all three corporations had to ratify the agreement before it could be put into effect, and the appellant never did. The businesses continued to carry out the terms of the deal. A dispute emerged in the interim, prompting the respondent to petition for arbitration and request a preliminary injunction to stop the appellants from moving forward with an IPO by producing a “Red Herring Prospectus.” The appellant’s release of the “Red Herring Prospectus” for the issuing of equity shares, according to the court, clearly reveals their desire to be bound by the sale agreement. According to the red herring prospectus published by the applicant, the appellant and respondent engaged into a purchase agreement.

The SEBI order was the subject of an appeal to its appellate tribunal. In this case, the appellant submitted a request under the right to information act for a copy of a company’s red herring prospectus regarding their acquisition of another company. This example demonstrates how one can submit an RTI application to request the prospectus from the issuing firm if it is not readily available on any public platform. In addition, this case clarifies the differences between a red herring prospectus and an IPO prospectus when it comes to the purchase of a private company by a public corporation.

As required by regulation 6 of the SEBI (Issuance of capital and Disclosure obligations) Regulation, 2009, the firm in question submitted a draught red herring prospectus with the SEBI in this case. The corporation cooperated with all of the SEBI’s inquiries, but did not win clearance, leading to the filing of this complaint. The board took a very long time to approve the request. This instance shows how the board is aware of circumstances that can lead to delays in receiving approvals. The respondents were given a two-week deadline by the board to act.

Bookings were made at the respondent’s building in this instance, but afterwards, the respondent unilaterally changed his oral promises to the petitioner. As a result of these discrepancies, the irate petitioner brought this issue before the commission. In their complaint to the commission, the aggrieved claimed that the firm was abusing its dominating position and that its red herring prospectus might be used to demonstrate this. This case is significant because the commission determined that a respondent’s claim to be India’s top real estate developer cannot be supported by self-acclaims made by the respondent in papers like the red herring prospectus.

In this instance, the company responsible for extending the invitation to investors published a prospectus in which it said that it would be in charge of the leasing activities. In the Red Herring Prospectus, the corporation also said that it had been making money. However, the directors of the company are actually looking to raise money from the general public. Therefore, it is evident at a glance that the directors are aware of the fraudulent information in the prospectus. Thus, the court in this matter has dismissed the director’s plea under Section 482 of the Criminal Procedure Code.

After going through the article, we can convey that the red herring prospectus plays a very important role for a company in raising stock in exchange of securities. It has to be very carefully drafted by the directors. The main goal of having such a document is to protect investor interests and rights while also assuring investor welfare and preventing the theft of funds obtained by businesses through the sale of securities. Through this the public can understand about the nature of company and about its profits and loses. The company’s directors should take great care to ensure that the Red Herring Prospectus is not misleading in any manner because this could later have a detrimental impact on an investor’s choice.