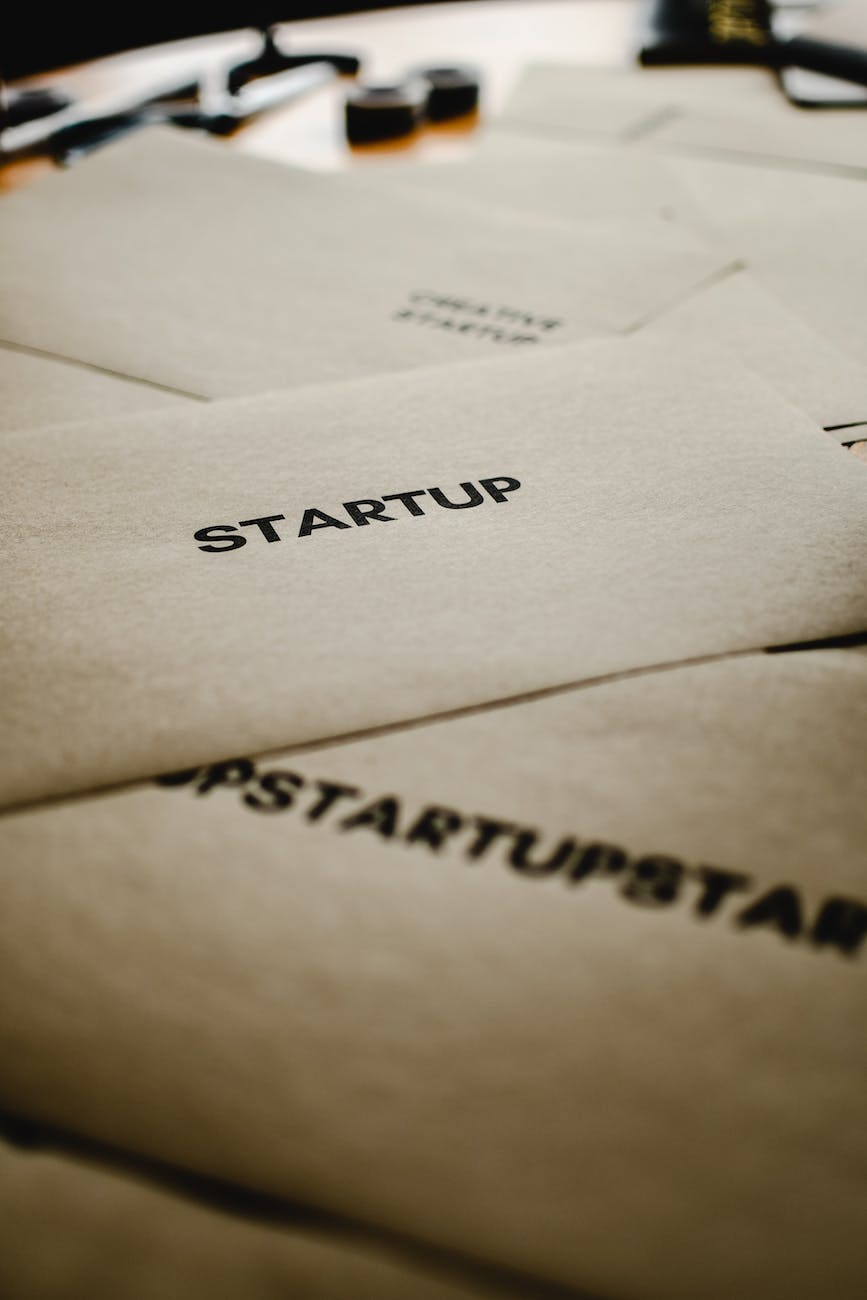 The push for digitization has undoubtedly boosted the startup ecosystem and forced businesses to reach out to their target customers online with goods and services. Growing digitization has enabled entrepreneurs and other people to market and broadcast themselves online via a variety of social media platforms, alongside startups and established brands and businesses. In this case, it’s true that contacting the general public virtually or online has grown to be simple, but getting the message to the right people at the right time has always been difficult.

Shadowfax, an on-demand delivery service with headquarters in Bengaluru, promises quick, safe, and convenient deliveries made possible by cutting-edge technology and an unmatched network. According to its website, which offers on-demand hyperlocal delivery with better delivery statistics, the company was founded in 2015 and has grown to become India’s largest hyperlocal delivery platform. Additionally, it provides e-commerce and quick commerce orders quickly and with the highest level of security.

A provider of an on-demand hyperlocal delivery technology designed to free up merchants’ time to concentrate on their main activities. The company’s platform provides businesses with access to cutting-edge logistics technology and a dependable delivery network, enabling customers to receive quick delivery easily. It also offers tech-enabled one-stop delivery services for e-commerce, restaurants, FMCG, pharma, and online and offline retailers.

ABOUT SHADOWFAX AND HOW IT WORKS?

By outsourcing last-mile delivery services, Shadowfax, a provider of an on-demand hyperlocal delivery platform, aims to enable businesses to concentrate on their primary activities. The company’s effective methods include a thorough examination of the delivery statistics, order tracking, and access to customer information. Indian clients are served by Shadowfax Technologies. You may easily track an order through Shadowfax by visiting tracker.shadowfax.in, inputting the AWB number, and then clicking “Track Order.”

With more than 50,000 delivery partners, Shadowfax has quickly grown to be one of India’s biggest last-mile delivery networks. Shadowfax’s last-mile logistics network is technologically advanced and functions as a one-stop delivery service. Shadowfax’s innovative app makes it simple for businesses and people to deliver food, groceries, prescription drugs, and e-commerce items, truly delighting their consumers in the process. Shadowfax benefits both the brands and the riders, enabling faster deliveries, thanks to its feature-rich technology and unrivalled network.

BENEFITS FOR THE BRANDS

BENEFITS FOR THE RIDERS

Once they have created their own Shadowfax accounts, anyone can utilise the Shadowfax app by going through a simple Shadowfax login process. Domino’s, Big Basket, Amazon, PayTM, Flipkart, Myntra, McDonald’s, 1MG, and many other smaller eateries, shops, and merchants are just a few of the several large corporations that Shadowfax serves as clients. The business presently claims to have more than 100 brand partners. Bengaluru, Karnataka, India is home to the Shadowfax office.

Shadowfax was originally intended to be a player in the food delivery market, but it was eventually expanded to serve other market segments, including groceries, lifestyle, electronics, pharmacy, furniture, and other rapid mail deliveries, allowing it to develop into the organisation that exists today.

The motivation behind all we do at Shadowfax is to empower a million micro-entrepreneurs through technology while establishing a quick and trustworthy logistics network.”Enable commerce by enabling lives for everyone, everywhere,” is the company’s mission statement.

The fabled monster from “Lord of the Rings” that inspired the name Shadowfax was the chief of Mearas, the mount that Gandalf the Grey rode. The horse was well known for its swiftness, which was frequently referred to as being “like an arrow” or “faster than the wind.” According to Shadowfax’s website, the company is named after the “Lord of all horses,” “who is an embodiment of enormous speed and communication, much like our trustworthy & nimble logistic capabilities.”

As of right moment, Shadowfax runs an extraordinarily developed business-to-business logistics network in more than 700 Indian cities. The firm uses the space of nearby stores to store products and a vast network of independent contractors for delivery. E-commerce currently makes up 30% of Shadow fax’s revenue, which is the largest contribution. Next with a 25 percent share, food and groceries are followed by reverse logistics with a 20 percent stake. Additionally, Shadowfax features a courier tracking system that offers online automatic tracking for packages. Instead of going to the courier station or calling the customer support centre, customers can check the status of their packages online.

THE FOLLOWING ARE SOME OF THE SIGNIFICANT ADVANCEMENTS THAT SHADOWFAX CAN NOW POINT TO:

Over the course of 7 rounds, Shadowfax has raised a total of $131.7M in investment. On December 5, 2019, it received its most recent fundraising from a Series D round in which Flipkart assisted the company in raising $60 million. According to sources dated July 12, 2022, the company has begun a new funding round from the existing Shadowfax investors. Trifecta Capital and Qualcomm joined the round with fundings of Rs 10 crore and Rs 7.76 crore, respectively. Flipkart has already invested Rs 77.56 crore in this latest round. By issuing 16,919 Series D2 CCPS at an issue price of Rs 56,338 for the Series E round, which totaled Rs 95.32 crore ($12 million) in investment so far, Shadowfax has made up the difference.

According to additional reports, the Series E round hasn’t completed yet, and the company will probably receive an additional $50 million in the following weeks.

13 investors are helping to finance Shadowfax. The most recent investors include Flipkart and Mirae Asset-Naver Asia Growth Fund. Following the Series E round, the company is currently valued at $600 million.

On December 8, 2020, Shadowfax introduced an employee stock ownership plan (ESOP) buyback programme. The ESOP plan, which had an estimated $5 million total worth, was created exclusively to reward the company’s employees as the business recovered after the pandemic. According to the buyback plan, Shadowfax permitted the eligible workers who were given ESOP options and who have served the company for more than 4 years to sell 35% of their allocated or vested ESOP shares. Additionally, Praharsh Chandra and Gaurav Jaithliya were promoted to co-founders of Shadowfax during the same announcement, effective in December 2020. Then, the respective chiefs of strategy and investment and operations were Jaithliya and Chandra.

Shadowfax has purchased 2 businesses. NuvoEx and Pickingo on Nov 9, 2015. NuvoEx was its most recent acquisition as of October 31, 2017.

Every now and again since Shadowfax was founded, the business has won prizes and recognitions. The following is a list of the notable honours and accolades received by Shadowfax:

Initial operational difficulties forced the startup company to devise a novel strategy rapidly. According to Abhishek Bansal, they learned that operating in many categories with distinct peak times was the key to a successful business. The efficiency would be increased because one delivery boy could serve many groups. The company had a minus 35% margin in January 2016, and by the end of the year, it had a 4% margin. In 2017, the business tripled in size.

Every platform that engages in same-day delivery, according to Bansal, uses Shadowfax, and there isn’t a single business that isn’t collaborating with the company. Understanding what the most sustainable business model is and identifying a product-market fit have helped Shadowfax achieve significant entrepreneurial milestones quickly.

HOW A WIDE RANGE OF O2O BUSINESSES CAME TO RELY ON SHADOWFAX?

Abhishek Bansal, a co-founder of Shadowfax, encountered the persistent logistics issue of last-mile delivery while working abroad with one of the biggest retailers in the world. This issue is a result of the growth of O2O commerce. In 2014, when he returned to India, he saw that organised retail was still lacking. When Foodpanda, Swiggy, and other companies were attempting to develop an O2O model, a wave of realisation suddenly hit, as Bansal puts it: “All of these platforms are going to face the common problem of delivery when the demand overflows.”

According to Bansal, the idea was to “Make a horizontal platform where all of these organisations can be integrated and used as needed to send goods to their surrounding clients without interfering with their commitments. This struck us as a good business concept.” Shadowfax was introduced in April 2015 with a clear goal of being the foundation of all these development sectors and a vision of reducing the last-mile delivery time from the weeks that were typical circa 2014 to same-day deliveries.

Within the next five years, Shadowfax hopes to double its present order volume and serve customers throughout the entire nation. Shadowfax hopes to grow 10X in the following five years based on the potential expansion of the Indian market. The business is likewise focused on reducing traffic and commuting times and making a positive impact on the environment.