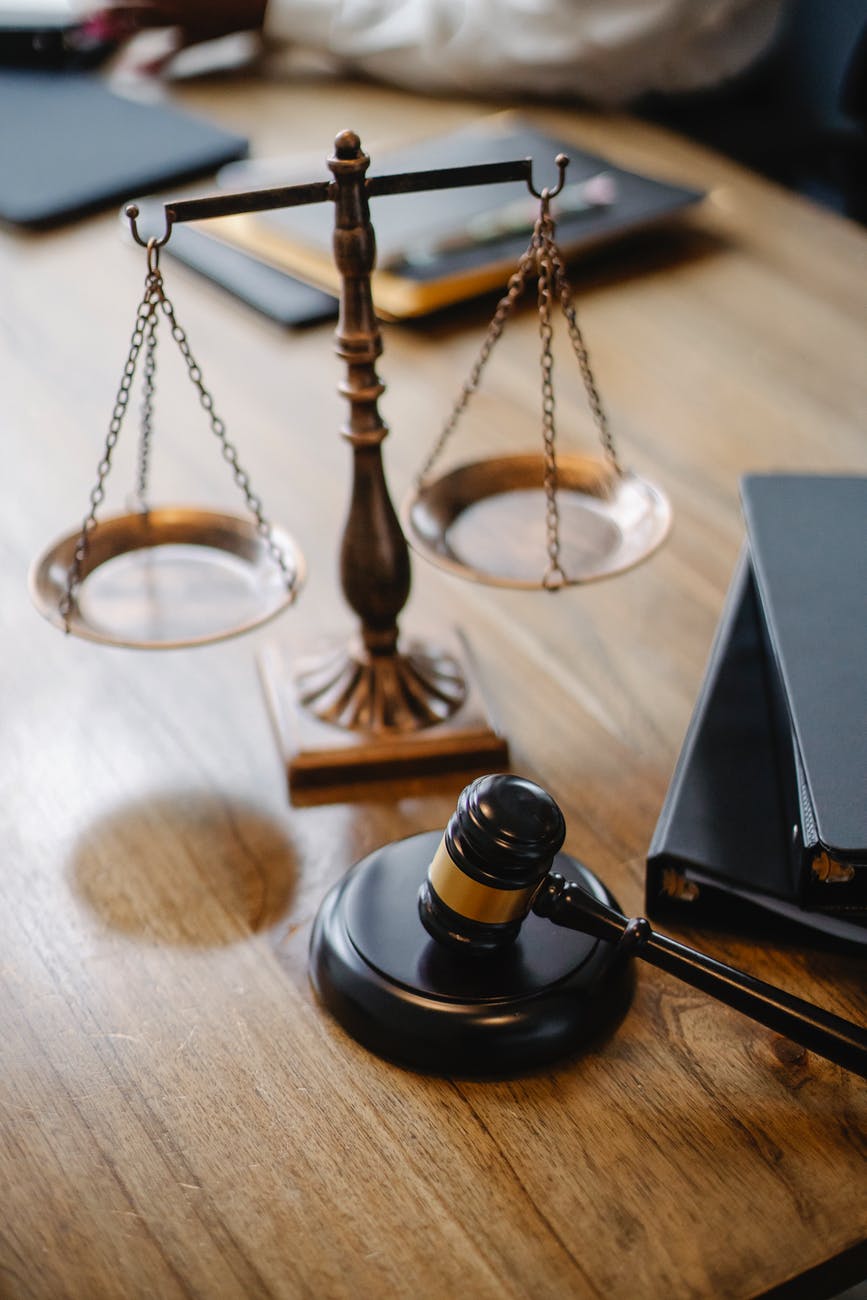 There is no liberty, if the power of judging be not separated from the legislative and executive powers

The Indian democracy comprises three branches in its political system viz. legislative branch, the executive branch, and the judicial branch. While keeping the society’s interests in mind, each part of the democratic system occasionally performs a range of tasks. The legislative authority enacts the fundamental social norms in the form of legislation by acting as the State’s representative and advocate. The executive takes the charge of putting such laws and instructions into action, ensuring that everyone complies with them and that there are no infractions. By maintaining laws and ensuring that individuals are treated fairly, the third part of government—The judiciary—reviews the law, interprets the law, and resolves conflicts.

With the idea of separation of powers as its base, The Constitution of India divided these divisions into a framework that allows them to function independently without interfering with or conflicting with the responsibilities of other parts. They maintain a system of checks and balances to ensure that no branch has more authority than the others.

Perhaps the most noteworthy of the three departments of government is the judiciary, also referred to as the judicial branch. It is a prominent part of the political system and is essential to the efficient operation of our country. The Indian judiciary is entrusted with a crucial responsibility for upholding the separation of powers between the executive, legislative, and judicial departments of government. People look to the court to uphold their legal rights.

Undoubtedly, in order to deal with the changing culture and community, the judiciary’s conventional posture is shifting toward a more active participating role. For justice to be equal and impartial and for the judiciary to be able to maintain a balance on the other two institutions in cases of constitutional violations, the Indian judiciary—sometimes referred to as the “watchdog” of democracy—must be independent and above all resistant to executive intervention.

The Constitution, the country’s highest legislation, uses ambiguous language.  It also mentions about the cornerstone of the nation’s legal system, the rule of law. The meaning of the term varies depending on the context and group of individuals due to which sometimes authorities frequently face difficulties in understanding their powers. An independent judiciary would therefore help to maintain the proper distribution of power.

In order to protect the supreme law’s integrity and independence from the tyranny of powers, the principle of judicial review is put into practice. The authority given to the judiciary to evaluate and gauge the statutory enactments established by legislative bodies is known as judicial review. Article 32 of the Indian Constitution grants the Supreme Court and Article 226 – the High Courts the authority to conduct judicial reviews. The Supreme Court of the USA first employed and developed the idea of judicial review in the case of Marbury v. Madison, 1803 which established that the judiciary has the sole authority and duty to determine what the law is. It also established that the Federal Court has the power to refuse to give legal effect to legislative legislation that appears to be at odds with the Court’s interpretation of the Constitution.

The Supreme Court of India has also repeatedly acknowledged the authority of judicial review, saying that, unless expressly foreclosed by constitutional provisions, this authority is inherent in a written Constitution. It has also been determined by the apex court that the legal provisions establishing the primacy of the Judicial Review process make them lawful. These judicial review powers are provided to preserve a balance of authority between the legislative, executive, and judicial departments of government and not to raise the judiciary above the other institutions. In light of a wide range of powers, authority, and responsibilities, as well as Constitutional purposes, Articles 13, 32, 226, 141, 142, and 144 of the Constitution expressly mention and define the limits of the power of judicial review.

However it is important to note that the Indian conception about Judicial Review that is currently exercised by the courts have several negative implications. Some of them are as follows:

Essentially the concept of Judicial review is not negative in nature and is an has its own importance as well such as:

The Supreme Court of India has used its judicial review authority to issue precedent-setting decisions in a number of different cases. These cases include those involving Shankari Prasad, Indira Gandhi, Kesavananda Bharati, Sajjan Singh, and many more. In the Kesavananda Bharati case, the Hon’ble Court declared that judicial review had become a fundamental part of our constitution and that the High Courts and Supreme Court had been given the authority to judge whether statutory provisions were lawfully enacted.

The majority of Indian citizens believe that the legislature and the administration have completely failed in their cherished obligations to the people. Both the legislative and executive branches are accountable for their deeds. They are held to high standards and frequently reprimanded if their behavior deviates from the expected norms because of their close contact with the public. Many are of the opinion that they have no choice but to file legal complaints since the government has been so hopeless and negligent. In response to these worries, the judiciary has taken an activist position. In India, judicial activism has expanded and received a lot of support from the populace.

Judicial activism is a development of judicial review and judicial philosophy that pushes judges to reject established norms and precedents in favor of fresh, innovative ideas. While other government institutions are working on their behalf, it urges the court to utilize its power to correct injustices. The mechanism of judicial activism is the one in which the judiciary enters the shoes the legislative and suggests new laws and rules that should have been passed by the legislative body instead.

Judicial activism can be carried out in a number of ways, but Public Interest Litigation (PIL) is the most well-known and often employed. Despite the fact that the notion of public interest litigation is a result of judicial activism, the court now uses it as a powerful tool to combat this problem.

Judicial activism increased after numerous incidents involving grave violations of fundamental human rights occurred between 1975 and 1977 while Indira Gandhi was in power, and many active judges, including P.N. Bhagwati, V.R. Krishna Iyer, and others, took note of these occurrences, worked on the issue, and contributed to its growth.

However, the phrase “judicial overreach” is frequently used when it appears that the court has exceeded its authority, thus violating the notion of the separation of powers. Legal adventurism is another name for it. It is challenging to distinguish between judicial activism and judicial overreach since there isn’t much of a boundary between the two ideas. Former finance minister Late Arun Jaitley, while talking about judicial overreach stated that “Supreme Court is destroying the edifice of the Parliament brick by brick”

In its pursuit of legal interpretation, the judiciary is not permitted to enact new legislation or amend existing ones. Its responsibility is to interpret the legislation without interfering with the work of other branches. The underlying danger is that frequent meddling interferes with the two arms of government’s independence and negatively affects their ability to rule.

It is important to note that Supreme court in the case State of Uttar Pradesh & Others V Manoj Kumar Sharma,2021 stated that “Judges are not emperors”. The bench of Justice Sanjay Kishan Kaul and Hemant Gupta opined that the judges should not summon any state officers in the drop of hat and should respect the separation of powers while delivering judgements. Justice Hemant Gupta who penned the judgement also said, that judges should not use the authority given to them under contempt of court to demand respect and in any given case the respect should not be demanded it should be commanded.

Simply said, it is the executive branch’s responsibility to create and carry out all policies; it is the judiciary’s responsibility to guarantee that they are implemented correctly. However, it is overreach when the judiciary disregards the bounds and advances to help the people in a way that is undesired and interferes with the executive’s function.

India’s court system has a tendency to stray outside of what is allowed by the constitution, leading to judicial experimentation that is not always presumed to be lawful. Although India currently has a pretty effective tight separation of powers, the court frequently does not use judicial restraint when deciding cases that are political or have wider social repercussions. Judges also provide their thoughts on complicated issues that are outside of their authority and on important policy issues that fall under the scope of the legislative and executive branches of state.

As aforementioned, Three branches of government are established under the Indian Constitution, however none of them has complete power or authority. It must be acknowledged that possibly democracy is utterly at odds with the concentration of power in one part of the government. Therefore, the judiciary must be restrained from going above its boundary so that it cannot be used to subvert the ideals of constitutionalism.