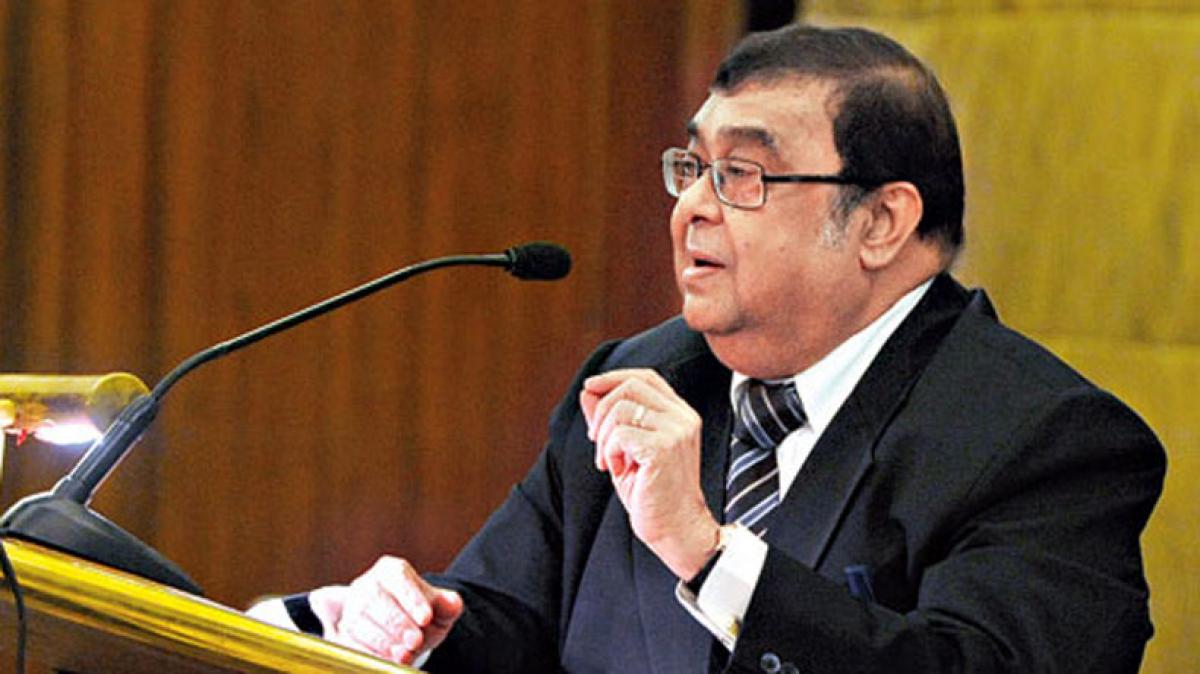 Altamas Kabir was born in city of Calcutta on 19th July 1948. He was an India lawyer and was India’s 39th chief justice. Kabir, J was born in prominent Bengali Muslim family where his father was a leading congress politician and his uncle was a famous Bengali writer and politician.

Further he was appointed as acting chief justice of the Jharkhand high court on 3rd January 2005 and later made permanent judge on 1st march 2005. On 29th September 2012 he became chief justice of India. He served in supreme court for 9 months as CJI.

He served as Chancellor of the West Bengal National University of Juridical Sciences, Chairman of the General Council of the Gujarat National Law University, and Visitor of the National Law School of India University during his time as Chief Justice. He was also a lecturer at the West Bengal National University of Juridical Sciences, where he taught a law and child course. Under his leadership, a nationwide plan of action was developed to be implemented by all State Legal Services Authorities, a calendar of activities was established, and NALSA launched a new project to provide legal services to transgender persons.

On January 14, 2010, he was named Executive Chairman of the National Legal Services Authority (NALSA)

He was a member of the Supreme Court Bench that heard the case of the two Italian marines in 2013 as the Chief Justice.

Justice Kabir issued several landmark decisions as a Supreme Court judge, particularly in the areas of human rights and electoral rules. Sandhya Manoj Wankhede of Amravati district was one of the most notable cases he presided over in 2011. In this case, Justices Kabir and Cyriac Joseph of the Supreme Court declared that female relatives of a husband can also be charged under the Domestic Violence Act. After claiming that half of the most recent 16 cjis were corrupt, Kabir ruled over a contempt case against famed barrister and (since defunct) Team Anna member Prashant Bhushan.

The Supreme Court bench of Altamas Kabir and Ranjana Desai directed the government to eliminate the Haj subsidy by 2022 on May 8, 2012.

Kabir granted journalist Syed Mohammed Ahmed Kazmi bail on October 19, 2012, after he was arrested for alleged involvement in an Israeli embassy vehicle blast that injured an Israeli diplomat’s wife. When it came to giving the order, Kabir replied, “We are unable to grasp the Chief Metropolitan Magistrate’s procedure, which the High Court has upheld. And we believe that the appellant (Kazmi) obtained the right to statutory bail on July 17, 2012, when the additional sessions judge ruled that his detention was unconstitutional.”

When a three-judge bench of the Supreme Court abolished the National Eligibility Entrance Test (Neet) for admission to medical schools, Kabir sparked outrage. While two of the three justices on the three-judge panel agreed with the finding, Justice AR Dave dissented, claiming in a 35-page dissent that he was pushed into the decision due to Kabir’s impending departure.

“I have to be quick and short because the Chief Justice is retiring in a few days,” he had written. Due to a lack of time, the three judges had ‘no conversation’ before to preparing the draught decisions, according to the judge. It was also claimed that the verdict had been leaked before it was issued, though Kabir later refuted this claim.

Fellow judges and attorneys admired Justice Kabir’s pleasant demeanor. He was well-known for his wit and sardonic humor.

Altamas Kabir, the former Chief Justice of the Supreme Court, died on February 19, 2017. He was 68 years old at the time. Having problems with your kidneys.