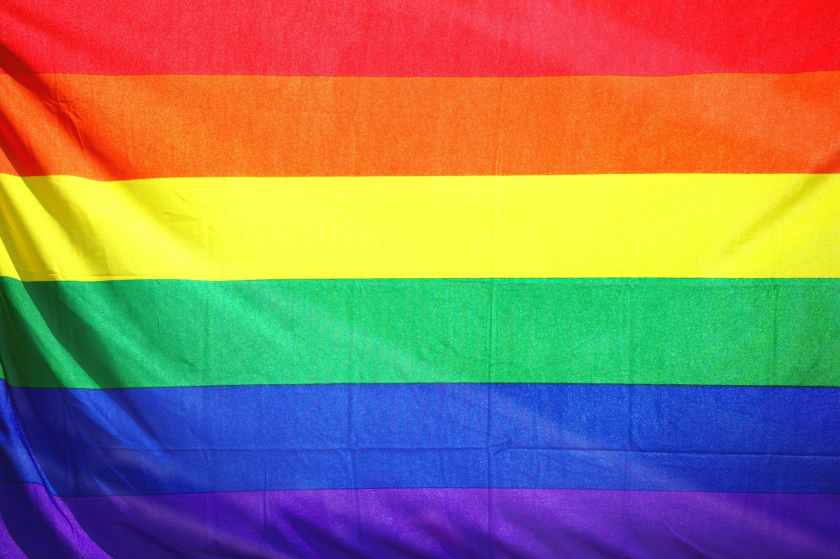 Shakespeare through one of his characters in a play says ―What’s in a name? If we call a rose by any other name, then also it would smell the same. This phrase conveys that what really matters are the essential qualities and fundamental characteristics of an entity but not the name by which ‘it’ or ‘a person’ is called. Similarly, people cannot be differentiated or discriminated or denied Basic Human Rights, just on the basis of their sexual preferences.

The idea of human rights rests on the central premise that all humans are equal. It revolves around the belief that all humans have dignity and anything that violates such dignity is a violation of the basic fundamentals of humanity. The struggle faced by LGBTQ community and with the time the rise of their independence they have faced many issues and many of them are scared to come forward knowing the society will not accept. But the society is now accepting this community and giving respect that they deserve.

The term ‘LGBTQ+’ is used to denote following sects of people ­

Transgender Persons (Protection of Rights) Bill, 2019 was introduced in Lok Sabha on July 19,2019 by the minister for Social Justice and Empowerment, Mr. Thaawarchand Gehlot. The bill was enacted with an objective to protect the rights of the Transgender Community by prohibiting discrimination against them with regards to employment, education, healthcare, and access to government or private establishments.

But in the name of empowering the community, the bill further exposed them to institutional oppression and dehumanizes their body and identity. Therefore, it can be concluded that on one hand where the courts are taking progressive steps to empower and uphold the rights of LGBTQIA+ community, on the other hand, the legislature is invalidating the same rights.

This historic judgement finally, puts India in the list of almost 150 countries6 where homosexual activity is legal. Indian society is still conservative and that the idea of same-sex marriage is even more difficult to accept. However, this reason cannot be a valid justification to deny the whole LGBT community the right to marry just because they have a different sexual orientation from others. Apart from this, it also raises another very pertinent question that whether the opinion of the majority holds more significance in the eyes of law that it can deprive an individual of the personal autonomy and basic right to his/her own life.

Protection Against Discrimination At Work Place

LGBT workplace survey of 2016 showed that more than 40% of LGBT people in India have faced harassment at their workplace because of their sexual identity. Many LGBT people often have to hide their sexual identities because of the fear of potential discrimination or losing their jobs. Therefore what we rather need is gender-neutral laws in relation to harassment at workplaces with strong anti-discriminatory policies to prevent misuse of such laws against the LGBTQ community.

The right to equality under Article 14 requires equal treatment of all citizens before law. The Supreme Court held that there was no intelligible differentia between people “who supposedly engage in ‘natural’ intercourse and those who engage in ‘carnal intercourse against the order of nature'”.

Article 15 prevents the State from discriminating against any citizen only on the grounds of sex, religion, race, caste, or place of birth.

Right to Freedom of Speech and Expression

Article 19 allows for the freedom of speech and expression to all citizens. The Supreme Court noted that consensual carnal intercourse among adults in a private space does not, in any way, harm public decency or morality.

Article 21 provides for the protection of life and personal liberty as a fundamental right. Over the years, the Supreme Court has interpreted this right to include the right to live with dignity; the right to privacy; and the right to autonomy.

The penalties for causing harm of any kind, including physical or sexual abuse, to a transgender person, could attract punishment from six months and extend up to two years.

The Bill provides for the formation of National Council for Transgender Persons that will advise the government on formulating policies for the community, and monitor the implementation, and address grievances, among others.

The legislation also states that the court can decide to place a transgender person in a Rehabilitation Centre if their families are unable to take care of them. It also adds that the Centre will provide for healthcare services, including sex reassignment surgery and hormonal therapy. It adds though that there will be “provision for coverage of medical expenses by a comprehensive insurance scheme for sex reassignment surgery, hormonal therapy, laser therapy or any other health issues of transgender persons.”

Our constitution states that each and every person is free to live the way they want, no law can stop them. Transgender is the person who has been facing the challenges from the time of birth and fighting to live as normal human being. They are treated as untouchable even they are not untouchables. India has more than 1 million transgender and we cannot ignore them and that’s the reason this act came into being to protect them.