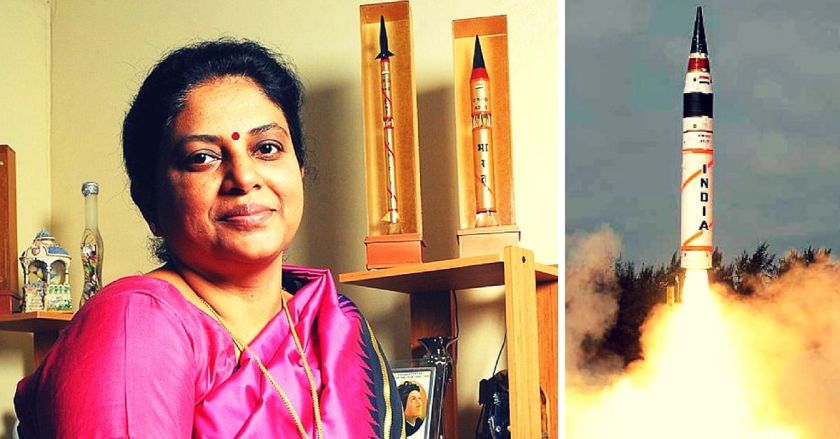 Alappuzha is a small district in Kerala where she was born. Tessy’s mother was a homemaker and her father was an IFS officer. Tessy’s interest in rockets and missiles dates back to her youth, her house was not far from the Thumba rocket launch facility. Her youthful passion eventually led her to a full-time job as a scientific researcher in rocket science.

Tessy began her career with an engineering degree from Thrissur College. She enrolled in Pune’s Institute of Armament Technology after obtaining her bachelor’s degree.

Tessy didn’t stop there; she went on to earn a master’s degree in operations management and a doctorate in missile guidance. Tessy also took IAS exams and may have gone on to become an IAS official. However, she aced a job interview with the Defence Research and Development Organisation (DRDO) and requested to start right away.

After joining the DRDO, she worked with APJ Abdul Kalam, a tremendous role model for India. Tessy was motivated by APJ, who enrolled her in the Agni V project, which became the most significant turning point in her life. Tessy Thomas, who is extremely hardworking and committed, contributed all of her experience and knowledge to the development of the Agni- V’s numerous targetable re-entry vehicles. This is what allowed the intercontinental ballistic missile to re-enter the atmosphere at such a high velocity and temperature of 3,000 degrees Celsius.

The same missile failed to persuade the required specifications in 2006. It was a tremendous setback for the entire corporation as well as the scientists who had worked so hard to make the project a success. Tessy accepted the task, and in just ten months, she successfully eliminated all inaccuracies.

Tessy Thomas defied expectations by becoming the first woman to lead the missile programme. Women have proven themselves in every part of life, but getting into the field of rocket science, which is dominated by men, is truly remarkable.

“Tessy deserves to be more famous than the biggest Bollywood star,” Mahindra Group Chairman Anand Mahindra stated at the Global Entrepreneurship Summit 2017. Tessy’s poster in every Indian school would shatter preconceptions and inspire girls to pursue their dreams. Every Indian should be proud of this achievement, and we should all be inspired by our own Missile Woman.