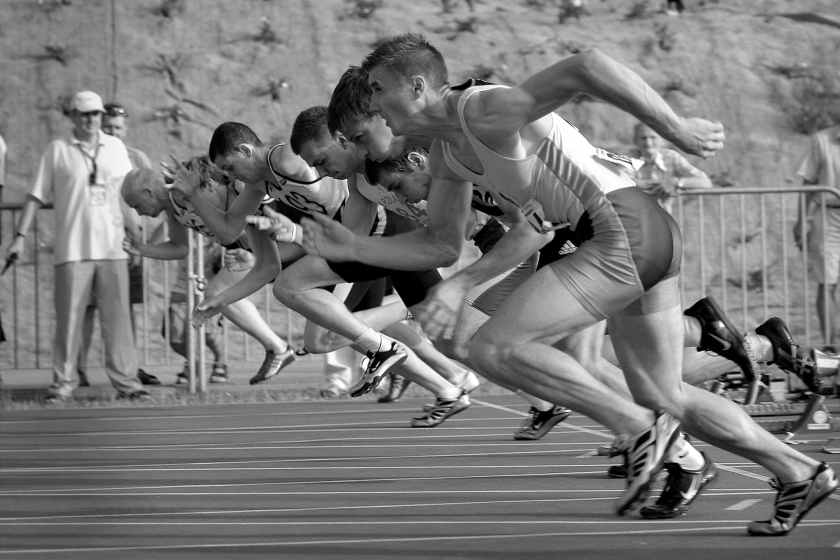 A national game or national leisure activity is a game or game that is viewed as a natural piece of the way of life of a country. Hockey is the National Game of India. Unequaled greatness and unique virtuosity presented to India a string of Olympic gold awards. The splendid Indians carried a dash of dark enchantment to their play and the ball shuffling accomplishments of the Indians were a sheer pleasure. The Golden Era of hockey in India was the period from 1928 – 1956 when India won 6 sequential gold awards in the Olympics.

But due to the more popularity of Cricket now the young generation though Cricket is the National Sport of India.

But I am sure Cricket is not though it is by far the most popular. In fact the country does not have an official national sport.

This leads to an even bigger question. Why has the common Indian citizen been taught that hockey is the national game when it is not?

The reason in all probability lies in the fact that hockey was the one sport which saw our country dominate. In the pre-independence era, India were an unstoppable force in hockey and their 8 gold medals at the Olympic Games is a testament to that.

Post 1980 India’s hockey dreams began to sink lower as they struggled at the top level. One primary reason was the introduction of AstroTurf. As it became mandatory to use the turf in international tournaments, Indian players struggles due to lack of facilities at home. Major cities in the country only got the AstroTurf after 2000.

But the early success of the sport in India had ensured that people saw it as a symbol. Even as cricket became the most-followed game in the country, it was hockey that defined us as a potent threat.

In 2012, it was confirmed by the RTI that hockey was not the national sport.

But the Expert believes that Hockey was the first Games which was Originated the Sports in India.

Be as it may, India’s recent success is reviving the interest in the sport and a good performance at Rio might see the rebirth of Indian hockey. Whether it is the age of Dhyan Chand, Dhanraj Pillay or Sardar Singh, hockey continues to thrive in the country.

It remains to be seen what the future holds for the sport in India. But for now, there is ample reason why it is regarded as the national game even though it is not.

Development and popularization of a Sport or Game through history depends significantly on cultural factors. India, which comprises of 28 States and 8 Union Territories, has diverse demographics.

Another factor which makes a Sport or Game popular in any particular State is winning of a National or International Medal/Accolade by a person from that region. It gives a boost to that Sport in that particular State.

Popularity of a sport varies from region to region. In India, while Wrestling is more popular in Haryana, Hockey finds favour in Punjab. Cricket is relatively popular in Maharashtra, Gujarat and Karnataka. Football is far more popular in West Bengal and Goa. Odisha and Jharkhand are known for Archery. In Manipur, Boxing and Weightlifting are well-liked. In Himachal Pradesh, Winter Sports have been gaining popularity. While Kerala is well-known for Athletics, Andhra Pradesh and Telangana are known for Badminton. In Tamil Nadu, Tennis and Squash is more popular. So much diversity poses a challenge to the Government to declare a single Sport as a National Sport.

Although, there have been many RTI queries in relation to the National Sport of India, but an RTI reply dated January 15, 2020, by the Union Ministry of Youth Affairs and Sports, to an RTI query made by one Mayuresh Agrawal, specifies the official reason why the Government of India has not declared any Sport as the “National Sport”. It says: “The government has not declared any sport/game as the National Game of the country, as the objective of the government is to encourage/promote all popular sports disciplines.”

If you are one of those yesteryear kids who grew up believing hockey was the national sport of the country, you are in for a shock. No particular sport is recognised as India’s national game, something confirmed by the country’s Ministry of Youth Affairs and Sports.

This revelation came to light in 2012 when a 10-year-old girl named Aishwarya Parashar filed a Right to Information (RTI) request with the Prime Minister’s Office (PMO) to get official declarations on the national anthem, sport, song, bird, animal, flower and the country’s symbol. The PMO forwarded the query to the Ministry of Youth Affairs and Sports. In response to the RTI, the ministry confirmed that it had not declared any sport or game as India’s national game.

Why has hockey been known as the Indian national game for so long? Some would say it’s because of the international success that hockey has gained since its Olympic debut in the early 20th century, making the sport a household name. In 1928, the Indian men’s hockey team made their debut at the Olympics; they won six gold medals between 1928 and 1956 and five other medals through 1980. They experienced a decline in the 1980s and ’90s but came back and won a gold medal at the 2018-19 Men’s Hockey Series. They ranked fourth in the world in 2020, while the women’s team ranked ninth.