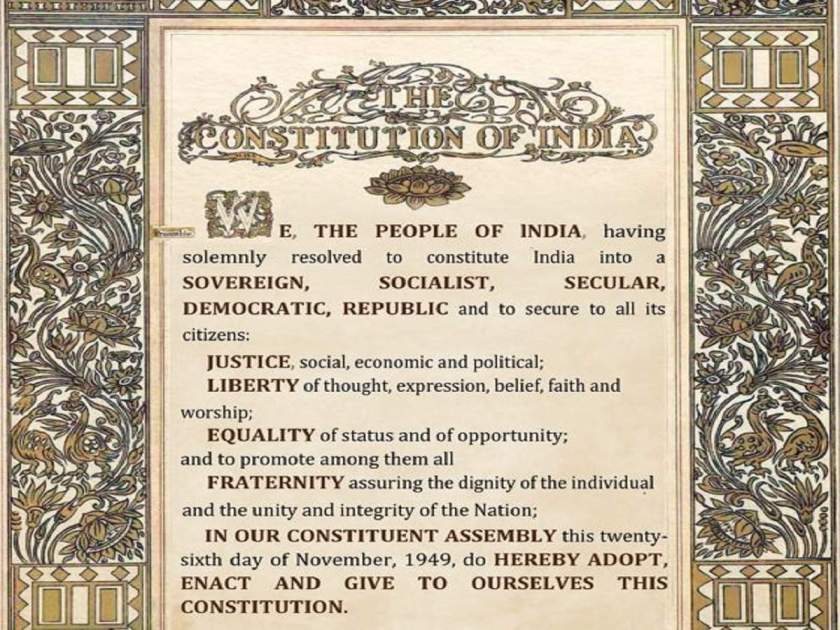 Unity in diversity, a prominent fact that India is home to almost all major religions in the world. And hence, it is often delineated by the name of ‘Land of Religious Toleration[1]’. After the enactment of constitution of India on 26th of January 1950, which gave its citizens several rights and freedoms, however was subjected to certain limitations. India being a secular country that permits the existence of different religions but promotes none of the religions as supreme. But when questions are raised based on personal law, the concept of unity goes inviable. Part IV, of the Indian constitution under article 44 talks about UCC that is Uniform Civil Code for the citizens. But soon after the constitution got enforced the debate on Personal law and UCC got heated up under article 25.

The principal hurdles in the way for implementation of Uniform Civil Code in India are the deep-rooted multiplicity personal laws, religion, culture, customs, which are given more preference. Uniform Civil Code is a secular approach which provides a single, uniform law throughout the entire territory of India that will govern all citizens, which will cover matters such as Divorce, Marriage, Adoption, Maintenance, Succession, Inheritance, Guardianship etc.  But when this UCC was in the stages of building, two objectives[2] were put forward in the constituent assembly against UCC. The first one dealt with infringement of Fundamental rights that is article 25, mentioned under part III of the constitution and second one says, it is a tyranny to minority.

In this regard for the very first objective, clause (2) of article 25 safeguards all the maters associated with religious practices guaranteeing the religious freedom under the said article in clause (1), so, the first objective is misconceived as, it doesn’t infringe any freedom of religion guaranteed under article 25.

For the second objective as quoted well from K.M. Munshi’s[3] speech that, certain Hindu customs were followed when the Shariat act was passed through the central legislation, highly dissatisfaction were seen from the Khojas and Cutchi Memons. But as certain members felt the need of the said act that should be applicable to all the community, later unwillingly the Shariat act was accepted by the Khojas and Cutchi Memons, and at that time were was the right of minorities? As while consolidating a community the benefits are to be taken into consideration as a whole, not in parts or in accordance with the customs. The point was made that whether we are going to consolidate and unify or our personal law that approaches the unified and secular way of living. The religion should be divorced from personal laws as the social relation got no linkage with religious matter. Even the majority has different schools with that they possess different personal laws, so, on this basis the legislation can’t go for different piecemeal of personal laws. And if done so, then it will curtail various provisions mentioned under constitution including, discrimination against sex, the equality to women’s etc in terms of inheritance or succession etc. The first and foremost problem is to establish national unity, we say India has unity in diversity but this unity is brutally affected by certain factors that is the mentality, the beliefs and faith, the religious sentiments and lack of awareness among different groups of people.

The Indian Judiciary through various cases though directly or indirectly expressed the desideratum for the Uniform Civil Code. In the case of Mohd. Ahmed Khan vs. Shah Bano [4]Begum, 1985, the conflict raised between CrPC and personal law. The issue was for providing maintenance after talaq, whether a wife should get maintenance with the completion of Iddat period who is unable to maintain herself. The interpretation of Supreme Court in this case somewhat took stand on Uniform civil code, but the after maths depicts the condition, that what will really happen to such things even if got implemented. The judgement holds on the provisions of law, which are applicable to all irrespective of their caste, creed, or religion, the superiority is given to law rather than the personal law, as we often see that personal law has led to the creation of harsh and unfair circumstances, particularly for women, and this case is testament to this statement. People lack the basic knowledge about secular law, and hence always take stand for their personal law. The same can be seen in the case of Shayara Bano[5] vs. Union of India and others, 2017. The 5-judge bench come up with the decision in the Famous Triple Talaq case. The court held this practise as unconstitutional with the judgement ratio 3:2. As a fight against the social custom.

And in the recent case of Satprakash Meena[6] vs. Alka Meena, 2021. The Delhi High Court put indispensable need for the Uniform Civil Code (UCC) now to become a reality, so that the Indian youths don’t need to come across with the struggles due to belonging from different community, tribe, caste or religion for solemnizing their marriages, and get trap in the conflicts of personal law. Justice Prathiba M. Singh said, the need of UCC has been envisioned under article 44, which would enable uniform principals being applied on matters such as marriage, divorce, successions etc. So as the struggle doesn’t arise in between various personal laws.

The virtual and modern India somewhat, day by day is breaking the traditional barriers. So, in this regard implementing UCC may not stay just a mere hope. The constitution calls for equality and freedom, and the same can be achieved from article 44.