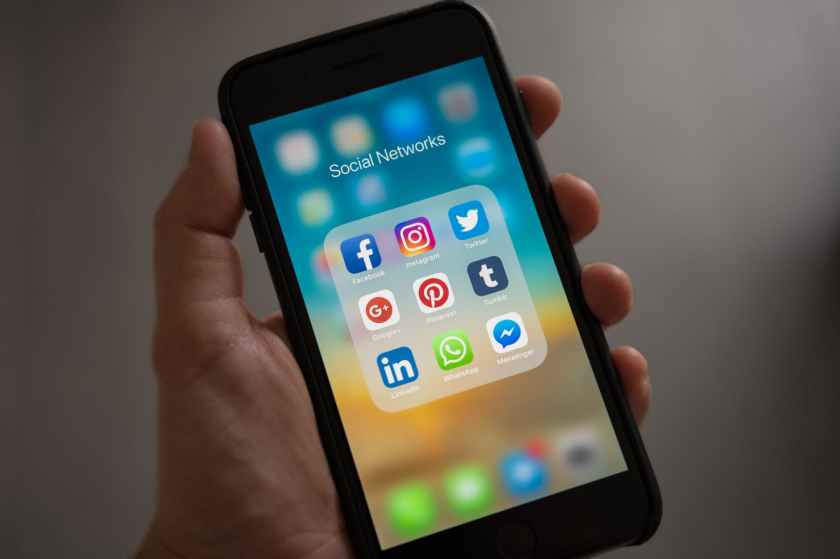 Nowadays one doesn’t always require a cable to be connected to get entertained via videos, one can enjoy video content everywhere just with the help of the Internet. OTT platforms help us avail of this facility. OTT represents “Over the Top”, which refers to any media resource that gives streaming of video matters like Television shows and flicks or online news via app or web site over the net rather than ancient distribution networks like cable and DTH (direct-to-home). These OTTs or Over the Top Platforms, at first started as the content hosting platforms, however shortly divided into creating originals of their own. (Say as when we binge on Netflix, we usually come across various series or movies that says ‘Netflix Originals’) All one wants is an internet source and a compatible hardware part, which may be a portable phone, laptops, tablets, or sensible Television, to observe the content.

One can stream these contents any time with the help of these platforms rather than sitting with a guide and expecting their favourite shows and films to air. This can be among the various reasons why OTT platforms are acquiring popularity lately. High worth Content at Low value, Original Content, and Compatibility with multiple devices are the three main reasons why individuals are into OTT lately. Various kinds of OTT platforms are- Zee 5, ALT BALAJI, Amazon Prime Video, Voot, Sony Liv, Netflix, TATA SKY, and many more.

OTT Platforms have witnessed shocking growth all over India as well as various other sections of the globe recently. According to reports, this video streaming service would rise to a gain of Rs, 4000 crores by the end of the year 2025. And as of month July 2020, India had approximately 29 crores of these online Platform users. We have reached that point of time where people barely say that they are into Television or movie theatres. Everyone is so busy with various online platforms that elapsed are those days when Television or film theatres were the only medium to consume video content. India in particular has witnessed a massive growth in the absorption of video content on enormous online platforms in the last few years. And come to think of the significant reason behind this immense change- deeper internet penetration due to net neutrality movement because of which the internet became very cheap and ever-increasing smart phone usage, ultimately leading to rise in various online Platforms known as OTT platforms also known as the Over-the-Top Platforms.

THE NEED FOR THE REGULATION: –

The OTT operators are increasingly adopting voluntary codes of self-regulation in relation to content shown on their platforms. In January 2019, OTT players such as Netflix, Hotstar, Alt Balaji, along with others signed a code of best practices. The objective of this code is to empower consumers to make informed choices on age-appropriate content and protect the interests of consumers in choosing and accessing the content they want to watch, at their own time and convenience. But at the same time question arises, is there a need of regulating the same, does government start formulating exclusive codes for regulation? It is expected that such a regulatory framework will cautiously evolve over time to match the rapid changes in internet services and in the telecom and OTT industry however a start is required and expected from the Authority.

Currently, in India, there are around 40 OTT providers’ media services. Till September, 2020 these OTT platforms were not regulated and hence IAMAI (India and mobile association of India) which is a body representing OTT put forth a model which is self-regulatory in nature. And on 07.09.2020, these OTT platforms signed a self-regulation Code in India. With the help of this Self-Regulation Code, we can ourselves regulate to what content is to be entertained and what to be not.  The entire power is shifted to the viewer so that it does not hurt the sentiments of anyone. Thus, after this Self-regulation code was signed in September, in the middle of October a PIL was filed in SC and was stated that platform which shows digital contents should be available in public forum to all the people without any filtering or screening. The Supreme Court then went on to deal with the PIL that regulates OTT platform like Amazon Prime and Netflix. Finally, as an outcome, a notification was passed by the Cabinet Secretariat in the Official Gazette of India stating that the Government of India now under the heading “MINISTRY OF INFORMATION AND BROADCASTING (SOOCHNA AUR PRASHASAN MANTRALAYA)” in the second schedule includes- the audio, visuals and the films which are made available to the audience by the content creators online and the platforms that show current affairs and news. This will provide the government control over the OTT platforms, which were unregulated till now. And the self-regulatory code adopted by the OTTs prevented five kinds of content. That incorporates the contents that shames the national flag, any story line or context that encourages child pornography, any visuals that hurts religious sentiments, encourages terrorism and those contents which are banned itself by the court of law for exhibition. The government but then refused to support this code. And currently the government under Sec 67 of the Information Technology Rules, 2021 had come up with new rules and proper redressal mechanisms for both digital and non- digital media and OTTS. And these rules will be really strict and proper actions are set to be taken against any content that is against state, infringes friendly relations with foreign nations and disturbs public order.

IS CENSORSHIP OF OTT PLATFORMS GOOD OR BAD?

There are various bans that are made on the OTT platforms which were disliked by the public or which are against their society. The content which is provided on such a platform though in violation of various laws of the nation is still under Supreme Court’s observation. Whether the platform shall be under a self-regulatory body or there shall be proper legislation that provides for a statutory body to control and censor the content streaming on such platforms is an important question. Censorship is mainly supported by the people who are adults of the age of 40s. The main argument here is that censorship is that content on the OTT platforms is subscription on-demand, where viewers have a choice to pay and select what to watch. Apart from this the piracy of movies another factor why filmmakers take the route of OTT there are a large number of artists who don’t have enough money to portray their creative thoughts through cinema so here OTT comes as a great breakthrough for them. These platforms are the perfect platforms where a director can build a great story, and this is the reason why most of the viewers get attracted to the content provided by such platforms. On that platform, they are fearless of any event and they show various socio-political issues which cannot be seen in mainstream cinema. Even after censorship and cinema still, there has been a huge dispute with regards to various movies like Padmavat, PK, etc. So there exists no reason that after censorship of OTT platforms the content will not face any position.

Also, the content available on subscription forms are affordable, belongs to the native language, deal with regional content, provides free trial facilities to the user and most importantly is convenient. In the current pandemic-like situation there is a huge rise in the viewers of OTT platforms. Which creates a greater increase in the income level of the streaming apps. The main reason for doing this censorship is the shows which are streaming on the OTT platform like sacred games, in this series, was criticized as it mentioned some speculative lines on Rajiv Gandhi and also mentioned the before scams and this series has also hurt the feelings of Hindus by promoting Hindu phobia. Other than Netflix coming to Amazon prime they also deleted the scenes of political drama Madam Secretary because it was said that this show hurt the sentiments of various people as it deals with Hindu nationalism, India occupied Kashmir, the violence of Muslims by majoritarian society, etc.

There was a plea filed to deal with the regulations against alleged streaming of obscene and sexually explicit content. They were alleged that these media content streamers are broadcasting content that is unregulated that is not to be shown on this series they are legally restricted they are showing nudity and insulting the reputation of the people they hurt the feelings of the people and what they are doing they have to be punished because the content can also be viewed by children under 18 years of age which exposes them to sexual acts terrorist activities and vulgar content and which is not good for our country because it can lead to the terrorism rape and other criminal activities etc. With regard to explicit visual content which could trigger trauma content scenes that are often a part of action films or films surrounding mental health, there should be a content warning disclaimer.

Again, a content warning disclaimer is not censorship of content but a piece of information for the potential viewer about what they should expect from the film. Film censorship is a tricky field since it has no objective boundaries it is based on the viewer’s sense of morality and morality, to a large extent is subjective. There were multiple questions have been raised regarding the autonomy of the CBFC to stop the motto of the CBFC’S to ensure the certification of films without restricting artistic liberties expression.

The CBFC principal function is the certification of films and not the censorship of content. There were many arguments that stated that censorship is wrong because for some people films seem to be unsafe but for others, it may seem progressive. So, it is unfair to dictate what to watch and what not to watch. These days, people are preferring OTT content over television content, because of the quality of content to stop but if it is censored the content stored to the same level as television content. This may discrete investment of the OTT platforms. Audit platforms created many employment opportunities, and lack of investment reverses the progress. There’s so much explicit content present on the Internet censoring only, OTT platforms leaving the entire Internet seems unfair.

So these are the arguments and these are the things which are stated here which conclude that censorship is both right and wrong because for some it is good and for some it is bad. Censorship in India today is a complicated offer due to ever-changing ideals of acceptability. We are at a time when all of us need to be more tolerant and more understanding of voices and ideas that stand in opposition to ours.