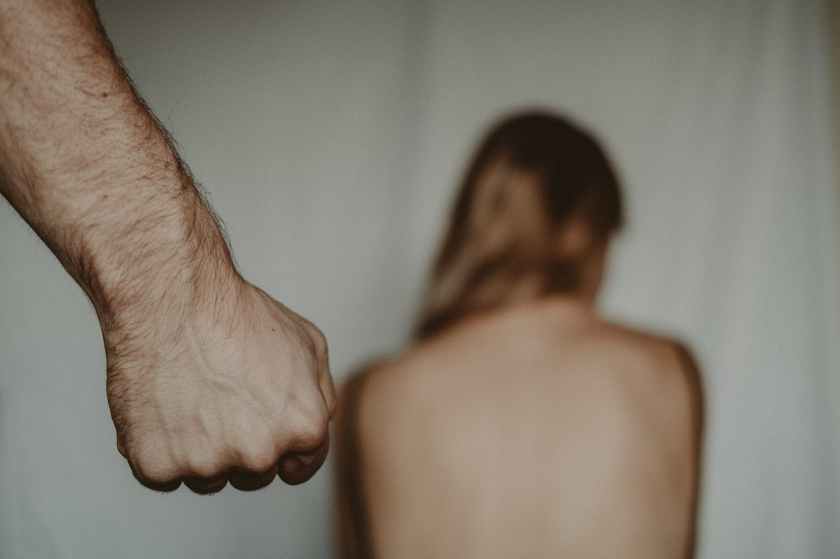 The sense of isolation, as well as financial and medical distress, that has accompanied the deadly pandemic and sinking economy, has increased the frequency of horror within households, and has surely posed a challenge to the victims’ concept of “escape.” Work, school, and homes were varied means of escape for women and children prior to the lockdown, but they no longer exist.

Domestic violence has emerged as a shadow pandemic this year, with 239 domestic violence complaints reported to the National Commission for Women in Delhi between March 23 and April 16, compared to 123 distress calls during the same period last year. Despite the lack of data, most organizations have noticed an increase in allegations of domestic abuse against women by their original families.

DEFINITION & LAW: Domestic violence is currently defined in India by the Protection of Women from Domestic Violence Act of 2005. In keeping with Section 3 of the Act, “any act, omission or commission or conduct of the respondent shall constitute domestic violence just in case it:

FORMS OF VIOLENCE:
1.) Physical Violence– The most visible kind of domestic violence is physical injury. Slapping, pushing, kicking, biting, striking, hurling things, strangling, beating, threatening with any type of weapon, or using a weapon are all examples of physical domestic/intimate partner violence. The number of women who suffer significant injuries as a result of physical domestic abuse varies widely over the world, ranging from 19% to 55%.

2.) Emotional Abuse– Emotional abuse within the private home has become increasingly well-known in recent years as a fairly common sort of domestic violence (and hence a human rights violation). in developing countries like India. Harassment, threats, verbal abuse such as name-calling, degrading and blaming, stalking, and isolation are all examples of emotional/psychological abuse. Domestic violence victims had much higher levels of overall mental distress, as well as alarmingly high rates of suicidal ideation and attempts.

3.) Sexual Assault– Domestic sexual assault is a type of domestic violence that includes sexual/reproductive coercion and marital rape. Marital rape is not a crime in India unless it occurs during the parties’ marital separation. Only when the wife is under the age of 15 is forced sex in marriage considered a crime under Section 375 of the Indian Penal Code (IPC). As a result, under the IPC, marital rape is not a crime. Victims of marital rape should file a complaint under the Protection of Women from Domestic Violence Act of 2005. (PWDVA). The PWDVA, which went into effect in 2006, makes marital rape illegal. However, it only provides a civil remedy for the crime.

4.) Honor Killing– An honor killing is a practice in which a person is slain by one or more family members because he or she is thought to have caused the family shame. Refusing to enter an arranged marriage, having sex outside of marriage, being in a family-disapproved relationship, commencing a divorce procedure, or engaging in gay interactions are all examples of shame. In 2010, the Supreme Court of India issued a notice to the states of Punjab, Haryana, Bihar, Uttar Pradesh, Rajasthan, Jharkhand, Himachal Pradesh, and Madhya Pradesh, requesting statistics and explanations for an increase in honor killings.

5.) Dowry-related Abuse and Deaths– The Ritual of Taking Dowry has generated a severe problem in society in practically all religions. When she is believed to have brought in insufficient dowry, some newly married brides face domestic violence in the form of harassment, physical assault, or death. Suicides by hanging, self-poisoning, or burning occur in some circumstances. The groom’s family is the perpetrator of murder or suicide in dowry deaths. According to the Indian National Crime Record Bureau, there were 8,233 dowry death cases reported in India in 2012, resulting in 1.4 fatalities per 100,000 women.

The Dowry Prohibition Act of 1961 forbids the demand, payment, or acceptance of a dowry “as consideration for the marriage,” with “dowry” defined as a gift required or granted as a condition of marriage. Gifts provided without strings attached are not considered dowry and are therefore permissible. Dowry-seeking or -giving is punishable by up to six months in jail or a fine. It repealed a slew of anti-dowry legislation passed by numerous Indian states. India’s criminal penal code addresses homicide and compelled suicide. With Section 498a of the Indian Penal Code, the legislation has been made more strict (enacted in 1983). A woman can seek help against dowry harassment by contacting a domestic violence protection officer.

CONCLUSION: Given that India has previously approved legislation to combat domestic violence, the current findings on the problem’s robustness would be important in raising awareness among the relevant agencies to ensure that the law is strictly enforced. This could result in a more positive and long-term response to domestic violence in India, which would benefit women’s health and well-being.

Anyone can be an abuser, and anyone can also be a victim. Gender-based violence is a systemic issue that requires a holistic approach to develop an effective solution. While the more ignored aspects of the pandemic remain in question, the Delhi Commission for Women has established a helpline number (181) to battle violence and trauma during the epidemic, which anyone can call until the problem is totally eradicated one day.