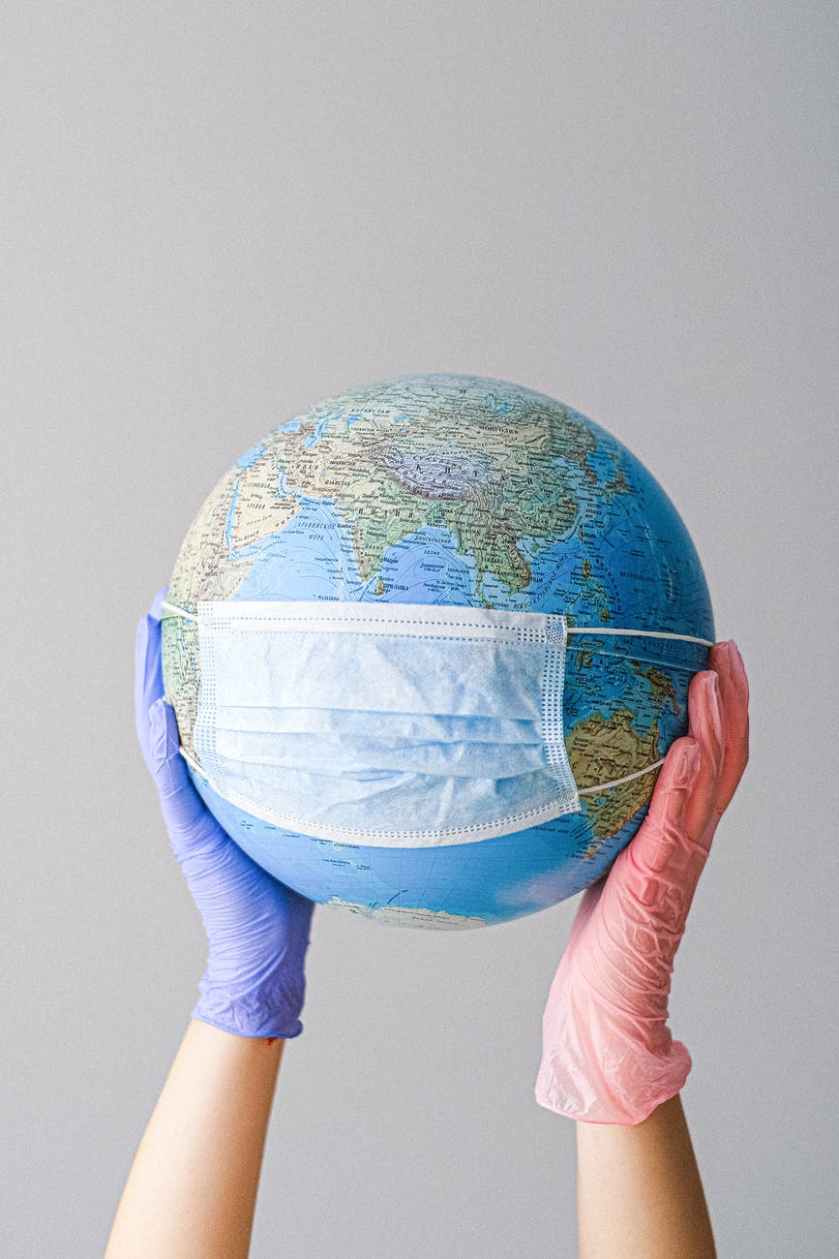 The practice of quarantine began in 14th Century in Venice, Italy and Quarantine is considered the oldest mechanism to reduce the rapid spread of bacterial infections and viral on slaughts, and with the same effect, the government also started confining people at their homes with a view to reducing the rapid spread of the virus. It was about 196 years ago (1824) that the U.S. Supreme Court, in an en banc sitting led by Chief Justice John Marshall, affirmed the powers of the state to enact quarantine laws and impose health regulations. The world has since faced many health emergencies caused by dangerous diseases.

This virus crisis is also not new. While the government has the right to quarantine anyone but the Quarantined People too have some Rights. A Legal Right is an interest recognized and protected by a rule of law, an interest the violation of which would be a legal wrong done to him whose interest it is and respect for which is a legal duty. In a strict sense, legal rights are correlative of legal duties and are defined as interests which to law protects by imposing corresponding duties on others. Rights are the things that are owed to the man because of the very fact that he is a man. In general sense, Quarantine is a restriction on the movement of people which is intended to prevent the spread of infectious disease.

Quarantine means the restriction of activities and/or separation of suspect persons from others who are not ill or of suspect baggage, aircraft, cargo, etc in such a manner as to prevent the possible spread of infections or contaminations. It is true that if someone is quarantined, he does not necessarily have a right to be released from it but he has some basic rights safe with him. Everyone has a constitutional right to live with dignity and without stigmatization.

Article 14 and 21 of the Indian Constitution say:

The state shall not deny to any person equality before the law or the equal protection of the laws within the territory of India.

21. Protection of life and personal liberty:

No person shall be deprived of his life or personal liberty except according to procedure established by law the basic spirit of our Constitution is to provide each person equal opportunity to grow as a human being, irrespective of race, caste, religion, community and social status.

This means that an individual has the following rights during Quarantine:

Right to get proper food and basic amenities

Right to get proper medical and health check-up facilities during quarantine.

Right to be tested for the virus at the time of quarantine as per protocol.

Right to be quarantined in a hygienic state.

Right not be stigmatized.

Right to get a proper place to live with all facilities required with a one-to-one toilet facility.

Right to be isolated in a single room if any individual is infected or at risk of infecting others.

Right to age-specific cohort quarantine if multiple individuals are quarantined together.

Whole world is in middle of global crises every country is facing the biggest challenge of all time. Now the governments have greater responsibility to provide health care facility to the last person of society with its limited resources. In India the problem is even more serious as the corona has reached the Dharavi which is one of the biggest slums in Asia where nearly 15 lakh people live in small shanties, making it one of the most congested areas of the metropolis.

There are many cases where the daily wage worker demand their return to their home town now it’s a challenge for India to provide adequate health, food, and shelter every citizen of India in order to guarantee their ‘right to health’. The Supreme Court of India in People’s Union for Democratic Rights vs. Union of India, held that the State was under a constitutional obligation to see that there was no violation of the fundamental right of any person, particularly when he belongs to the weaker section of the community and is unable to wage a legal battle against a strong and powerful opponent who is exploiting him. The right to health is a fundamental part of our human rights and of our understanding of a life in dignity. The right to the enjoyment of the highest attainable standard of physical and mental health, to give it its full name, is not new. Internationally, it was first articulated in the 1946 Constitution of the World Health Organization (WHO), whose preamble defines health as a state of complete physical, mental, and social well-being and not merely the absence of disease or infirmity.

The preamble further states that the enjoyment of the highest attainable standard of health is one of the fundamental rights of every human being without distinction of race, religion, political belief, economic or social condition. The 1948 Universal Declaration of Human Rights also mentioned health as part of the right to an adequate standard of living (art. 25). The right to health was again recognized as a human right in the 1966 International Covenant on Economic, Social and Cultural Rights. The right to health is also recognized in several regional instruments, such as the African Charter on Human and Peoples’ Rights (1981), the Additional Protocol to the American Convention on Human Rights in the Area of Economic, Social and Cultural Rights, known as the Protocol of San Salvador (1988), and the European Social Charter (1961, revised in 1996).

The American Convention on Human Rights (1969) and the European Convention for the Promotion of Human Rights and Fundamental Freedoms (1950) contain provisions related to health, such as the right to life, the prohibition on torture and other cruel, inhuman and degrading treatment, and the right to family and private life Right to health is an issue of fundamental importance in Indian society. The responsibility to protect, respect and full fill the right to health lies not only with the medical profession but also with public functionaries such as administrators and judges Vincent Panikurlangara vs. Union of India & Ors in this case, it was held that in a welfare State, it is the obligation of the State to ensure the creation and maintaining of conditions congenial to good health.

CESC Ltd. vs. Subash Chandra Bose, The Supreme Court relied on international instruments and concluded that the right to health is a fundamental right. It went further and observed that health is not merely the absence of sickness. The term health implies more than an absence of sickness. Medical care and health facilities not only protect against sickness but also ensure stable manpower for economic development. Facilities of health and medical care generate devotion and dedication to give the workers’ best, physically as well as mentally, in productivity. It enables the worker to enjoy the fruit of his labour, to keep him physically fit and mentally alert for leading a successful economic, social and cultural life. The medical facilities are, therefore, part of social security and like gilt edged security, it would yield immediate return in the increased production or at any rate reduce absenteeism on grounds of sickness, etc. Health is thus a state of complete physical, mental and social well-being and not merely the absence of disease or infirmity. In the light of Articles 22 to 25 of the Universal Declaration of Human Rights, International Covenant on Economic, Social and Cultural Rights and in the light of socio-economic justice assured in our Constitution, right to health is a fundamental human right to workmen. The maintenance of health is a most imperative constitutional goal whose realization requires interaction by many social and economic factors. Consumer Education and Research Centre vs. Union of India that the Supreme Court for the first time explicitly held that ‘the right to health is an integral fact of a meaningful right to life.’ It is well established that the government may confine people against their will if they present a danger to themselves or others even if they have not committed a crime. The Govt. quarantined individuals who have either tested positive of the virus or are suspects with a view to reduce the spread of this virus. Quarantine is considered to be most suitable mechanism in India, where mob mentality is common and its spread can be dangerous. In India, the government has imposed certain laws and legislative measures to breakdown the rapid spread of the virus. Our quarantine laws are very mild in comparison to other countries in the world.

Epidemic Disease Act, 1897- This Act is 123 year old legislation which was enacted with the objective of preventive the spread of dangerous epidemic diseases. It empowers the Central as well as the State Governments to take necessary measures to prevent the outbreak or spread of such epidemic. With the imposition of this law an individual’s right to travel freely in any part of the country is suspended. Also the individual may be confined at some safer place as precautionary measures for non spread of the virus.

Disaster Management Act, 2005- This law provides for effective management of man-made and natural disasters which may results in substantial loss of life or human suffering. Biological Disasters that may be caused by epidemics are covered under National Disaster Management Guidelines 2008 for the management of Biological Disasters. States may also issues orders invoking Section 144 of Code of Criminal Procedure (CrPC) 1973 to restrict public gatherings and impose a curfew. The legislations imposed by the governments were imposed keeping in view the public safety, thus, the implications of not following this laws during quarantine could be: Invocation of powers under Section 188 of the Code of Criminal Procedure (CrPC) whereby disobedience to the directions of a public servant is punishable with both imprisonment and fine. If someone escapes quarantine, the authorities may invoke provisions Section 271 of Indian Penal Code (IPC).

Section 269 of the Indian Penal Code can be invoked to ensure that nobody spreads infections of a dangerous disease. Section 270 of the Indian Penal Code can be invoked if people malignantly fail to act during an epidemic. Once these provisions are invoked, the enforcement authorities may arrest the individuals involved. The right guaranteed to any individual is not absolute; these are subjected to some reasonable restrictions. The individual’s rights are subjected to public health and safety. The Supreme Court in Chintaman Rao vs. State of Madhya Pradesh held that the phrase ‘reasonable restriction’ connotes that the limitation imposed upon a person in enjoyment of a right should not be arbitrary or of an excessive nature beyond what is required in the interest of the public. The government can quarantine any individual in the interest of public health and safety. Thus, the imposition of certain restrictions on an individual’s right in quarantine for public health and safety will not amount to violation of an individual’s legal or constitutional right.