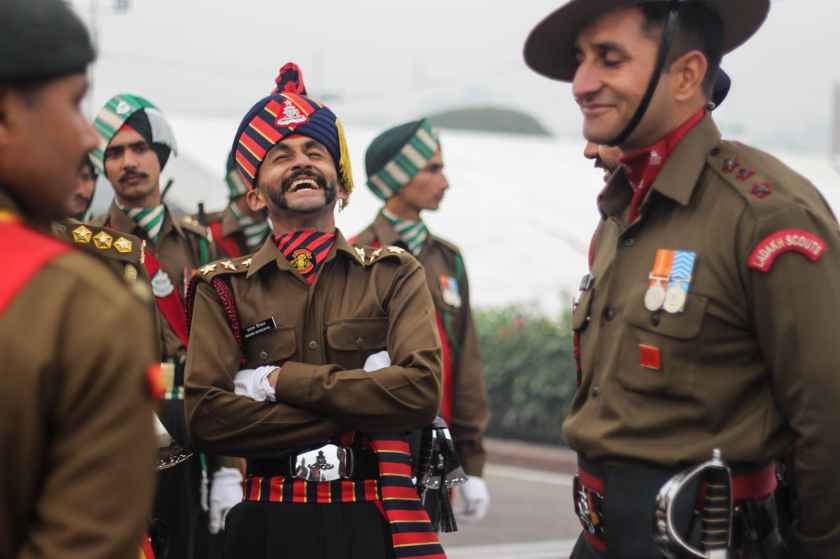 Since 2014 with Supreme Court recognising the rights of transgender people, India made a substantial development in shielding the rights of the individuals of the LGBTO+ community. In September 2018, the apex court additionally decriminalised same-sex relationships by putting down Article 377 of the Indian Penal Code.

There are currently no regulations regarding the recruitment of transgender people to any position in the paramilitary force or even the Indian army. In a letter sent to the paramilitary forces – Central Reserve Police Force (CRPF), Indo-Tibet Border Police (ITBP), Sashastra Seema Bal (SSB) and Central Industrial Security Force (CISF), the Minister of Home Affairs expressed that transgenders or third genders should also be recruited and ordered them to list transgender people as the third gender together with male/female in the rules of CAPF (Assistant Commandant) Examination, 2020. This move of the MHA led to the passing of the Transgender Persons (Protection of Rights) Act.

In December 2019, an act called the Transgender Persons (Protection of Rights) Act was enacted he Act prohibits discrimination against a transgender person in matters like education, employment, healthcare services, accommodation, right to acquire property and other public services and facilities. It clearly stated that “no establishment shall discriminate against transgender persons in matters relating to employment, recruitment, promotion and other related issues”. The Ministry of Personnel in April 2020 asked all ministries and departments to modify relevant examination rules to include ‘transgender’ as a separate category of gender for central government jobs.

In a circular on April 20, the branch of employees and education had asked all crucial ministries and departments to regulate exam regulations and offer to include ‘transgender’ as a separate class of gender, in conformity with the Act. Once officially confirmed, this decision will be a major development in protecting the rights of transgender people, especially in traditional paramilitary groups. This move is expected to stimulate transgender recruitment in other sectors, including the military and law enforcement agencies.

India’s first transgender police officer was appointed in Tamil Nadu in 2015, followed by Chattisgarh, which became the first state to actively recruit transgender community members as its police force.

Although the Indian government’s efforts to recruit transgender individuals for paramilitary groups are commendable, we are still lagging behind given the country’s rigid social structure. Although the Supreme Court decided in 2018 to repeal Article 377 of the Indian Criminal Code, members of the LGBT community are still fighting for their basic rights under the Indian Constitution three years later. Most people are deprived of basic economic rights to survive in order to work and earn a living.

Although the government has decided to include transgender people in paramilitary organizations, it only has the rank of assistant commander. In addition, the Indian army has not yet opened its doors to the third sex. It is worth noting that our country has only recently begun to accept women in the military, which shows that accepting transgender people is still a distant vision.