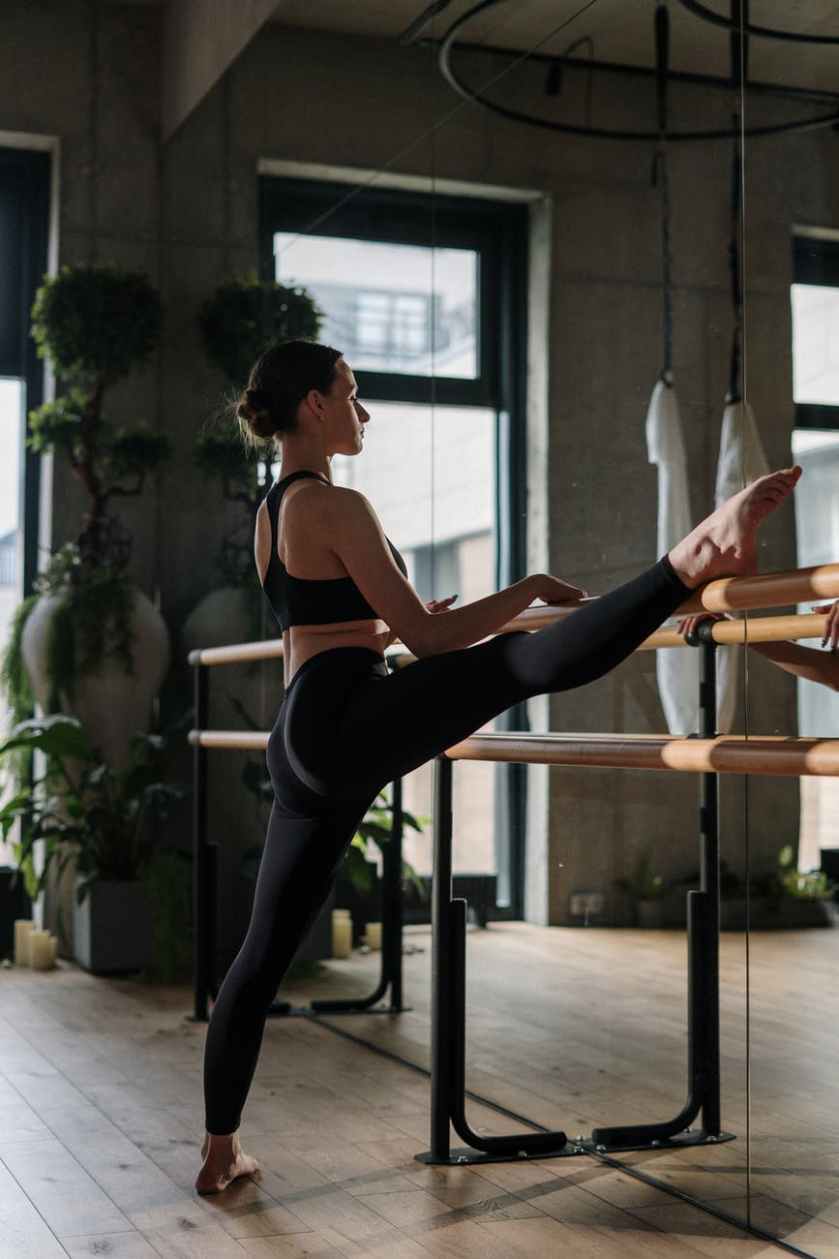 Gaming has been in existence in India from ancient times. Evidence from the study of archeological excavations reveals that gaming was considered one of the most enjoyable and popular form of entertainment in ancient times and continues to enjoy similar popularity today. The gamblers were willing to risk their kingdoms and lands, and at times even members of their family. You can trace an outstanding literary example; The Mahabharata, back to an ancient Indian epic.[1] In fact, laws were enacted by the prosperous states of ancient India to govern betting: therefore, the gambling superintendents must be honest and supply the dice at the rate of one kákani per pair of hire. Substitution by dice hand tricks, rather than supplied therein, shall be punished with a fine of 12 panas. Not only shall a false player be disciplined with the first amercement and fines leviable for fraud and deception, but he shall also be made to forfeit the stakes that he won.

The Superintendent shall not only take 5% of the stakes won by each winner and the rent payable for the supply of dice and other dice play accessories, but also the fee charged for the supply of water and accommodation along with license charges. At the same time, he may carry on sale or mortgage transactions of things. If he does not ban hand tricks and other deceitful actions, he is fined double the amount of the fine (lifted from the deceitful gamblers).[2][3] The same rules apply to betting and playing, except for those related to learning and craft. In Reeja v State of Kerala, the Supreme Court recognized the anti-social impact of gambling by clarifying some ancient Indian texts.

Evolution of gambling laws in India

Over the years, the concept of gambling has been subject to numerous slaughters and criticism, questioning its legality and to what extend it could be permissible. Indian courts and law-making have always seen gambling as a harmful and immoral activity. They have been consistently held by the courts to have a negative impact on the economy as it affects the wider public interest by causing people to take ill-advised decisions and ultimately lose their valuable savings in the process. For this reason, both the judiciary and the legislature have always discouraged the public from humorizing in games of chance and probability.

With the efflux of time and the legal system evolving, India’s gambling laws have also taken their own course. Initially during the British rule, section 290 of the Indian Penal Code of 1860 was the only criminal law provision that could forbid any gambling activity, provided that it threatened and disturbed the public interest. These vague parameters of gambling control led to the passage of the Public Gambling Act in 1867. It is one of the key pieces of legislation was the Public Gaming Act of 1867 introduced during the British era with the aim of prohibiting gambling activities in India. This Central legislation, which dates back to 146 years, defines common gaming houses and declares that gambling activity is illegal when it is done as a profit-making business. The initial purpose of this Act was to repress public gambling in major towns located under their governments in the territories, respectively, without giving rise to police oppression and other abuses. In short, the Act ‘s targets are as follows:[4]

i. To avoid gambling in a public place or road or in a common gaming house, and

ii. To avoid the preservation of common gaming houses.

It also makes a gambling house operating, assisting in the operation of a gambling house, visiting a gambling house (whether or not participating in gambling activity), financing gambling and being in possession of gambling devices-a crime. The punishment is a meagre fine which does not exceed Rs.200/- or up to three months in jail. Reference to the Public Gambling Act states explicitly that ‘nothing is in this Act applies to games of mere skill wherever they are played. ‘ It may be implied from this that wagering on games of skill is legal in the absence of other laws against them. [5]

According to Entry No. 34 of List II of 7th schedule of the Constitution of India Gambling involves any activity or undertaking whose decision is regulated or affected by accident or accident and any activity or undertaking entered into or undertaken with knowledge of the possibility of winning or losing where there is no actual sale of products but only payment or receipt of a market price differential varying from the contract price. Accordingly, Entry No. 34 of List II of the 7th Schedule of the Indian Constitution, the legitimate authority and right are vested with the individual States to make the appropriate gambling and betting legislation. Indeed, Entry No. 62 has conferred on States the authority to tax gambling and betting events or activities. The Goa and Sikkim states have legitimized and regulated gambling and its types, while about 13 countries have legalized lottery. Otherwise in general, gambling has been categorized as an illegal activity by most States and is therefore punishable by law.

It should be noted in the current scenario that ‘skill games’ continue to be outside the purview of the Public Gambling Act, 2008. Accordingly, the states have made distinctions in sports with regard to the interpretation of ‘skill games.’ In various cases the Supreme Court has discussed the legality of horse racing and card games.

Following post-independence entry into force of the Constitution, numerous States adopted their own gaming and betting laws. Various States have adopted the Public Gaming Act Article 252 of the Constitution on their respective territories, which authorizes the parliament to legislate for two or more States by consensus and certain states to enact such legislation.

Currently, as for match fixing, it’s odd to know that match fixing has been described in any of India’s statutory laws. Only CBI reports on allegations of match-fixing appear to give the definition for such crime some shape. The following circumstances are dealt with in the sense of match fixing[7]:

Indeed, while interpreting whether such games can be covered under Article 19(1)(g) of the Indian Constitution, i.e., freedom of trade and trade, the Indian judiciary has categorically differentiated between skill and chance games. The Courts have ruled that prize competitions (with a fixed price competition and ambiguous solution) and competitions in which the winner is determined by drawing lotteries are of a gambling nature and therefore cannot be afforded a similar protection of trade and trade freedom under Article 19(1)(g), which skill games can benefit from, since they are not explicitly prohibited or punishable by law.

In the case of Ahmed v. Rajasthan State (1967 Cri LJ 1053(Raj.)), it was reported that the act only becomes ‘dishonest’ when there is an intention, regardless of the outcome. Now in case of match fixing whether there is an element of ‘dishonest concealment of fact’ and whether it causes somebody to lose wrongly or to make wrong gain. When a player disguises collecting money from punters or bookmakers, it can be perceived as ‘unhappy disguise of fact.’ The fact that they are themselves causing wrongful benefit proves wrongful damage to spectators. Yet to put this ‘dishonest concealment’ under Cheating one has to show intention to cause unfair harm to spectators. In my opinion this wrongful loss to spectators is pure consequence of this act and is only accidental and therefore lacks the purpose of causing wrongful loss. So, who deceived whom? Could those who placed illegal bets have been deemed to be cheated by a fixed match? Nevertheless, this is not the case. Thus, we find that IPC does not cover match fixing.[8]

Case regarding match fixing in football

FIFA accepted sanctions in early 2013 against 41 players who had been disqualified for life in connection with a noisy case of contract matches in South Korea. It occurred after the local league and the Football Association have already been fined for the game. Those who shared profound remorse for his wrongdoing got a chance to return to football after a two to five-year probation period, during which a range of 200 to 500 hours of social work was expected.

Prior to that, it was confirmed that on the eve of the 2010 World Cup, FIFA has evidence of match-fixing involving South Africa’s national team. The team conducted one or more friendly matches to mark the opening of the “Soccer City” stadium which had the final match of the World Cup. In response, the African Football Association said it is ready to investigate, to understand the essence of the issue, but has laid the blame on Wilson Perumala, whose fictitious company has worked with the Association. Football4U organization reportedly contributed to youth and youth football growth but it became clear that the corporation was an Asian betting syndicate cover.

FIFA has launched a special system in which anyone can report on contractual matches in real time, reports BBC.

Such a move has been a response to a Europol inquiry that revealed 380 match-fixing in Europe. Special committees must carefully investigate any claims of contractual matches.

After going through the above-mentioned situations, it is imperative to assert that there is a need for proper definition for such activities as the above-mentioned one provides the sports industry with a lot of grey areas to indulge in this match fixing system. The most significant drawback in the details given above is that we are not thinking about the situation in which coaches, referee or team selectors contribute to match fixing. Specific players such as Mohammad Azharuddin, S. Sreesanth, Ajay Sharma, Ajay Jadeja, Manoj Prabhakar are some of the players convicted for match-fixing and faced bans for the same. In the absence of any statutory provision these players have been charged under the Indian Penal Code for the offence of Cheating under section 420. Nevertheless, the interpretation of match fixing does not fully satisfy IPC conditions. Consequently, in 2003 and 2012, respectively, the High Courts dismissed the charges brought against Ajay Jadeja and Mohammad Azharuddin. Furthermore, in 1988, with regard to the Prevention of Corruption Act, it is essential to define players as public servants who are still unclear. To control match fixing, a lack of properly discussed, debated and deliberated legislation is crucial. Not having such legislation represents only inadequate policy attention to understand the urgency of the present question, which should preferably not be the case

[5] Section 30 of the Indian Contract, 1872 prevents any person from bringing a suit for recovery of any winnings won by way of a ‘wager’.