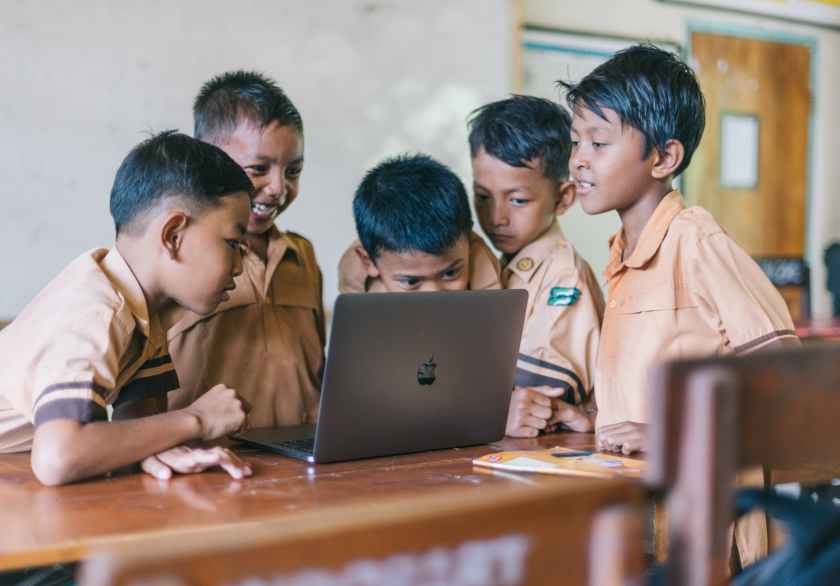 Peer pressure is the power or influence a social group exerts on an individual or individuals. It may be found in children that are toddlers (that is age  2-3). Children of this age can mimic adults or if asked to do so take part in their actions. This type of influence can eventually affect the behaviour of such children in future. Again with the common practice of pre-schooling in most Nigerian homes and  families today, children between 3  and  4  years  would  sometimes  not  do  what  parents  have  taught  them  to  do  but  would  instead  do  things  to please their friends just because they like them. Due to their exposure to schooling so early, they become aware of manners of doing things and rules that are different from those of their parents or families. Then they may actually begin to demand to do some of the things parents had not allowed them to do. They may begin to cut boundaries or limits parents had set for them (Lapiere, 1954, Akers and Lee  1996). Their peer group becomes more important to them as models. Peer pressure becomes a disturbing and worrisome social problem as growing children take on their peer  group  as  their  role  models.  This  is  because  they  begin  to  act  and  develop  the  copycat  syndrome  (what Igbinovia 2003, identified as one of the causes of crime in Nigeria). As a result of this syndrome, a child would desire the same kind of toys, wear the same kind of clothes, eat the same kind of food, share e ating habits, share favourite television programmes share likes and dislikes, and even share bed times with peers. At this point, the

parents start having difficulties exercising social control on the child because the values and opinions of their peers (age or friendship cliques) as far as he/she is concerned supersedes those of the parents. Also because they want to look and act like the others. Imitation and experimentation have been identified as ways by which teens and adolescents learn anti-social and criminal behaviour (Powel, Tauras and Ross, 2003, Ogbebor, 2012). As  children  grow  into  teens,  the  symptoms  of  peer  pressure  becomes  more  problematic  especially, where parental bonding is emotionally or otherwise lacking, or weak. Moreso, when there are  difficulties and challenges  at  home  and  teenagers  desire  to  fit  with  their  peers  and  be  accepted  by  them.

Depending  on  the strength of this desire, „teenagers‟ right thinking may be beclouded or dislodged‟ (Ahigren, Noren, Hochauser and  Garvin,  1982).  In  view  of  these  traits,  a  teenager  who  is  a  part  of  a  group  that  is  involved  in  cultism, thieving,  stealing,  lying,  drugs,  examination  malpractice  or  any  of  the  vice  of  society,  is  most  likely  to participate  in them.  According to Horton and  Hunt,  1984, all authorities agree that an individual’s  need for acceptance within intimate groups is a most powerful lever for the use of group pressure towards group norms”. Lapiere,  1954  and  Powel,  Tauras  and  Ross,  2003,  agree  that  peer  pressure  may  begin  in  early childhood, and increase  until it reaches its peak in the pre-teen and teen  years.

They  see social control as a primary process growing from the individual’s need for group acceptance and argue that virtually all adolescents in middle and high school deal with peer pressure often on a daily basis. Lapiere points out that in this way, children and teens learn how to get along with others of their own age group and in the process they learn to become more independent adults. Also, Schachter, 1951  had experimentally demonstrated how members who sharply deviate from group norms in opinion are rejected by the group. In addition, an experiment by Ditties and Kelly,  1955  reveal  that  those  who  conform  most  rigidly to group  norms are those persons who  feel  least accepted in a group. The concepts of acceptance and rejection therefore become the most important and relevant in explaining and understanding how peer pressure operates and lead to criminal behaviour. While rigid conformity becomes a tool for gaining acceptance and status within the group, rejection becomes the cost of non-conformity to its norms  and  values.  Those  who  violate  and  reject  group  norms  are  ridiculed,  mocked  or  ostracized  from  the group.  Such  sanctions  which  can  also  include  mayhem  or  assaults  (especially  in  the  case  of  drug  use  and university cult groups) may be  institutionalized. Krauth, 2005 and Clark and Locheac, 2005 observed that the consumption of tobacco, alcohol and marijuana are correlates of lagged peer behaviour.

How to Deal with International Terrorism – Part 5 – Aishwarya Sandeep