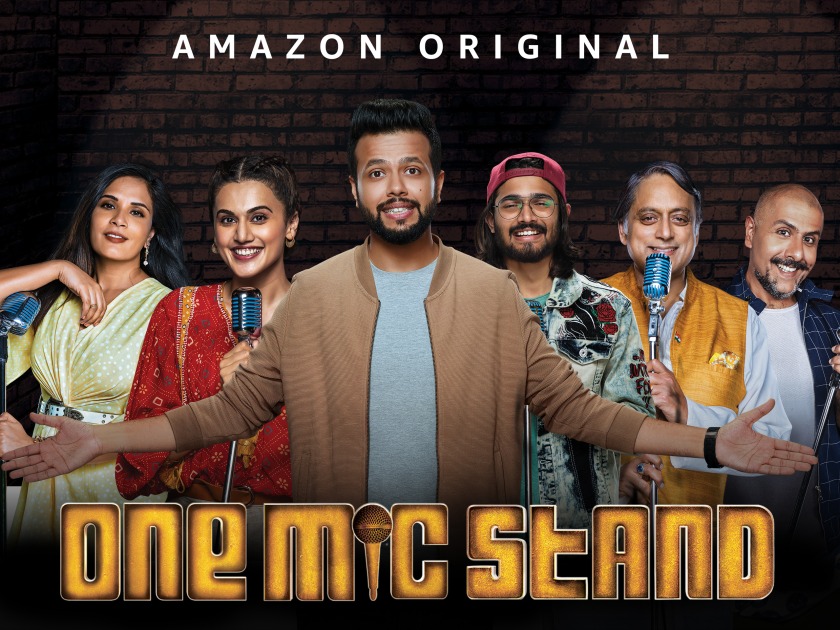 I have been a huge fan of Stand up Comedy and youtube has been my single source of stand up comedy. Watching stand up comedy on youtube not only made me happy but also helped me dream about performing once again on the stage. The desire to perform was once again awakened.

One Mic Stand, is a stand up comedy series that is hosted by Sapan Verma of East India Comedy (EIC).So what is different about this series ?

This Series consist of 5 Episodes, wherein each episode, one comedian mentors, a person who is not from a Stand up Comedy background. Yes, they are all performers and good orators but that is just one small skill set required to do Stand Up Comedy.

The First episode featured, Bhuvan Bam, who is a well known YouTuber, infact, first Indian YouTuber to reach 10 million, who was mentored by Zakir Khan.

The second episode had Actress Tapsee Pannu, who is known for her power acting in movies such as Pink and Naam Shabana, was mentored by Angad Singh Ranyal. Her set had topics related to Bollywood Awards and Social Media.

The Third Episode, had Actress Richa Chadha, another Versatile Actress, who is known for her movies such as Gangs of Wasseypur and Inside Edge , was mentored by Ashish Shakya. Her Set had content relating to Stereotyping in Bollywood and certain wierd request that she had faced during her initial days.

The Fourth Episode had Music Director Vishal Dadlani, who was mentored by Rohan Joshi of AIB. In his set he spoke about Mental Health, which was one of the most crucial subjects, that we fail to talk about. He seemed a bit nervous about his performancebut still managed to rub a few bones.

The final set was my most favourite person. I have admired him for his language and have been a big fan of his Oratory Skills. I simply love the way he carries himself. Whatever controversyhe may have been surrounded with. I was super excited that he did try stand up when he was 60 plus, was an active politician in India and did it in front of live audience. Yes, the last performance was the best featuring Shashi Tharoor, unofficially everyone’s English Teacher. It takes real courage to do something innovate at this age and crack jokes.

It is a good one time watch. Even though the actual performance of the guest was only a few minutes. All in all a good show to binge watch over the weekend once in a way.