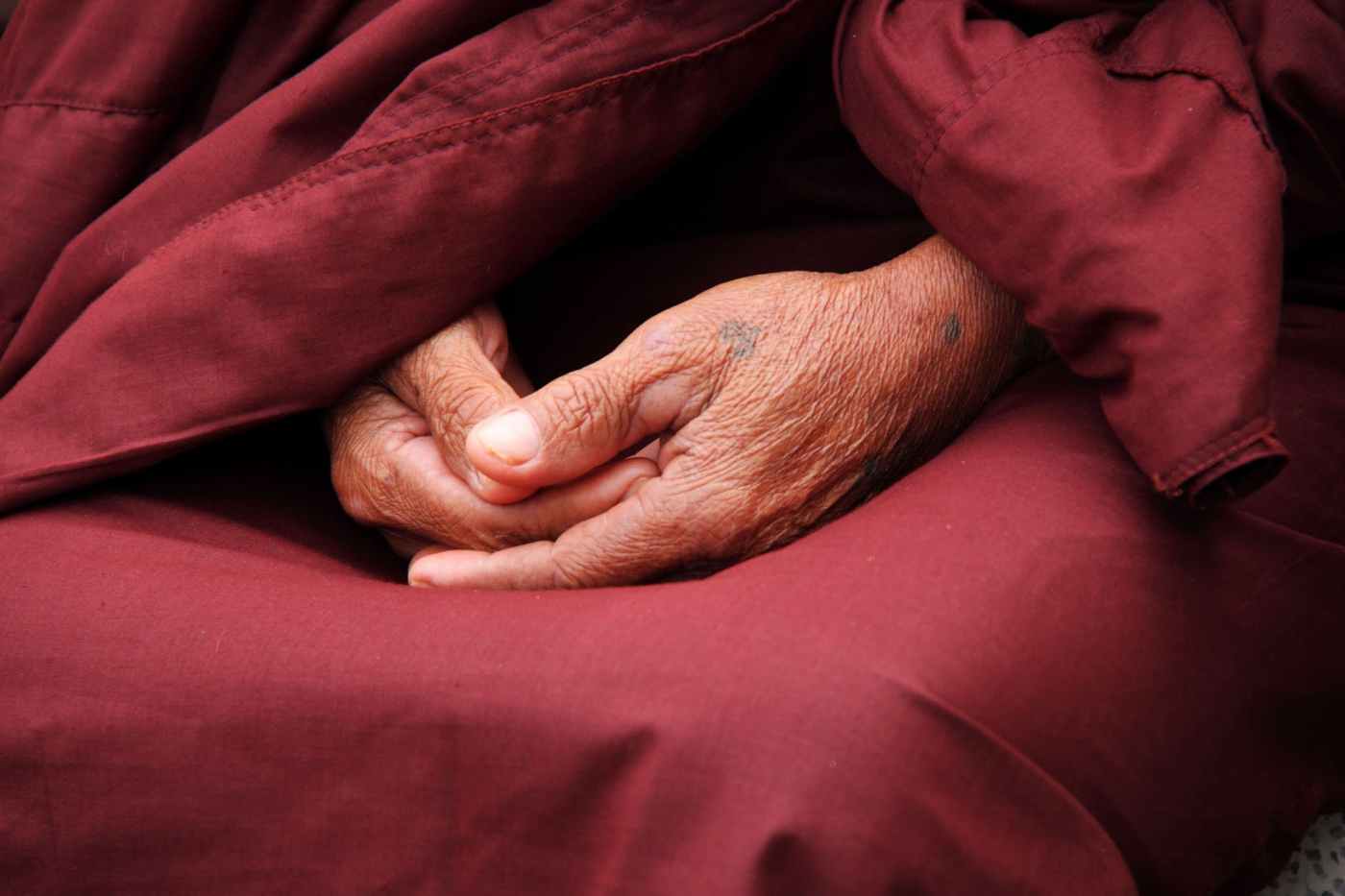 The changing features of social and economic life in the 6th century BC were closely linked with changes in religion and philosophical speculation. The conflict between the established orthodoxy and the aspirations of the newly intensified this . Numerous religious sects arose in the middle Gangetic basin in the 6th Century BC, the most famous amongst which were Buddhism and Jainism.

Contemporary economic and political developments aided in the emergence of new social groups which acquired considerable economic power. The agrarian economy of the Ganga Valley strengthened due to the extensive usage of iron and the technique transplantation. The middle of the 1st millennium BC also witnessed state formation and increased social stratification. The sixth century BC may be regarded as an important in the history of Indian Culture.

. Rise of a trading class

. Existence of several small scale industries, for instance, clay working, carpentry, glass industry etc and each of them forms a professional group. These local occupational divisions gave rise to sub castes or jatis

. Brisk inland and foreign trade with the urban economy dominated by a large number of craftsmen and merchants .  Costal voyages also undertaken to Burma, Sri Lanka, Tamluk, etc. Long distance trade mostly undertaken in towns, being the centers of production and also protected.

Coins called Kahapana (made of copper and silver) came to be used as a medium exchange.

Agriculture, the chief occupation, along with cattle rearing and small crafts connected with land, forest and animals.

The origin of Jainism is shrouded in mystery. In the Rigvedic hymns, there are clear references to Risabha and Arishthanemi two of the Jain Tirthankaras. Risabha was described as the incarnation of Narayana in the Vishnu Purana and Bhagwat Purana.

The Jain believes that their religious system is the outcome of the teaching of 24 tirthankaras, all of them being Kshatriyas. The first Tirthankara was Rishabhanath. The first 22 Tirthankaras are so legendary in character that, it is possible to say anything about them.

According to one tradition, Vardhaman Mahavira was born in 540 BC, in a village Kundagrama near Vaishali in North Bihar. His father Siddhartha was the head of a famous Kshsatriya Jantrika clan and his mother was Trishala, the sister of the Licchhavi Prince Chetaka, whose daughter was wedded to Bimbisara. Mahavira’s family was connected with the royal family of Magadha. In the beginning, Mahavira led the life of a householder. His wife was named Yasoda and his daughter was named Anojja.

Jainism rejected the authority of the Vedas and the Vedic Rituals. According to them, the world was not created, maintained and destroyed by a personal God, but by a Universal Law. Thus, it didn’t believe in the existence of God. It believed in Karma and the transmigration of the soul.

Anekantavada – The Jain metaphysics is a realistic and relativistic. It is called Anekantavada or the Doctrine of the Mayness of Reality. Matter (pudgala) and spirit (jiva) are regarded as separate and independent realities. Syadvada All our judgements are necessarily relative, conditional and limited. According to Syadvada, the theory of ‘maybe’, along with seven modes of prediction (saptabhangi) is possible. Absolute affirmation and absolute negation, both are wrong. All judgments are conditional. Nayavada It includes understanding the reality or arriving at something, considering a particular point of view, letting go the irrelevant facts.

Right Knowledge (Samyak Gyan) Knowledge of the doctrines of Jainism

Includes the fulfillment of the 5 vows of Jainism

THE FIVE CATEGORIES OF SIDDHAS

The five categories of Siddhas include

Mahavira founded the Jain Church. He had eleven ardent disciples called the Gandharas, ten of whom died during the Mahavira’s lifetime. Only one, Arya Sudharaman, survived and became the first Thera (or pontiff) after the death of Mahavira.

The Jain Religion developed by leaps and bounds. Ujjain was a great Jain center where saints like Kalkacharya and Gardhilla lived. According to Jain Canons, Bhadrabahu spread Jainism in South India. Followers of Bhadrabahu, who accompanied him to the South, were known as Digambaras as they believed in the retention of the rule of nudity. Sthulabhadra, the leader of the monks who remained in North and his followers were known as Shvetambaras as they wore white garments. Sthanakvasi is a sect of Shvetambara Jainism founded by a merchant named Lavaji in 1653 AD. It believes that idol worship is not essential in the path of soul purification and attainment of Nirvana/Moksha. The sect is essentially a reformation of the one founded on teachings of Lonka, a fifteenth- Century Jain Reformer. Sthanakvasis accept thirty-two of the Jain Agamas, the Shvetambara Canon.

Buddhism as a religion and philosophy encompasses a variety of traditions beliefs and practices, largely based on the teachings of the Buddha.

The childhood name of Buddha was Siddhartha also known as Sakyamuni was born in 563 BC in Shakya Kshatriya family in Lumbini in Nepal, near Kapilavastu. His father Sudhodhana was the elected ruler of Kapilavastu and headed the republican clan of the Shakyas. His mother Mahamaya was a princess of the Koshalan Dynasty. He was taken care of by Mahaprajapati Gautami. He was married at the age of 16 to Yashodhara, the daughter of a neighboring chieftain and his son was Rahul.

Siddhartha was moved by the misery of the common people in the world and looked for its solution. At the age of 29, he left his home. He kept on wandering for about 7 years and then attained knowledge at the age of 35 at Bodhgaya under a peepal tree. From this time, he began to be called as Buddha. Gautama Buddha delivered his first sermon at Sarnath in Banaras. He undertook long journeys and took his message far and wide. He kept on wandering, preaching and meditating continuously for 40 years, resting only in the rainy season every year. His missionary activities did not discriminate between the rich and the poor, the high and the low, the men and the women. Gautama Buddha attained Mahaparinirvana at Kushinagar in 483 BC at the age of 80.

The Buddha was a practical reformer. His primary aim was to secure deliverance from the grim reality of sorrows and sufferings. So he pronounced the Four Noble Truths (Arya Satya)

2. The cause of sorrow is desire (trishna)

4.   The path leading to the cessation of sorrow (dukkha nirodagamini pratipad) is Ashtangika Marga

The Middle Path avoided the two extremes the attachment to worldly pleasure and the practice of self-mortification. The guiding principles for this path were embodied in a series of precepts, which came to be referred to as the Noble Eightfold Path or the Ashtangika Marga, leading (as believed) to wisdom, knowledge, enlighten and release.

The Buddha laid emphasis on self-effort and argued nothing to be left to the divine intervention. It rejected the concept of the transmigration of the soul. The Buddha also laid down certain Sheela or rules of conduct for his followers namely, non-injury, no destruction of life, no stealing, no use of intoxicants, no lying, no magic, ritual or worship etc. Buddhism too appealed to the socially downtrodden classes, especially the Vaishyas, who were striving for an equal status. Buddhism spread in urban centres and also won over the patronage of many states. The Great Middle Path is the term that describes the character of the path that leads to liberation or Nirvana, which implies not only the extinction of desire, but also the attainment of a perfect state of tranquility. Emphasis is laid on the observance of the Silas (moralities), the Samadhi (concentration) and the Prajna(insight)

Buddhism does not recognize the existence of God and soul. It particularly won the hearts of the lower orders as it attacked the Varna System. People were taken into the Buddhist order without any consideration of caste. Women were also admitted to the Sangha and thus bought at par with men. In comparison to Brahmanism, Buddhism was more liberal and democratic. The Buddha repudiated the authority of the Vedas and the Rituals.

TRIRATNAS OR THE THREE JEWELS

The three jewels of Buddhism are as follows

1. The Buddha- The enlightened

2. The Dhamma- The doctrine

3. The Sangha- The order

The most sacred and most important festival of the Buddhists is Vaishaka Purnima, known in India as Buddha Purnima or Buddha Jayanti.

THE SPREAD OF BUDDHISM

Even during the lifetime of its founder, Buddhism was accepted by a large section of people. The people of Magadha, Kosala, Kaushambi, the Republics of Shakya, Vajjis and Mallas had embraced Buddhism. Ashoka and Kanishka made Buddhism a state religion and spread it to Central Asia, West Asia and Srilanka.

Emphasis on practical morality, a simple philosophy and easily acceptable solutions to the problems of mankind.

The idea of social equality laid down in the codes of Buddhism.

The use of Pali language to explain the doctrines.

The primary cause for the rise of Jainism and Buddhism was the religious unrest in India in the 6th Century Bc. The complex rituals and sacrifices advocated in the Later Vedic Period were not acceptable to the common people. The sacrifical ceremonies were also found to be too expensive. The superstitious beliefs and mantras confused the people. The teachings of Upanishads, an alternative to the system of sacrifices, were highly philosophical in nature and therefore were not easily understood by all. Therefore, what was needed in the larger interests of the people was a simple, short and intelligible way to salvation for all people. This need was fulfilled by the teachings of Buddha and Mahavira. Other than the religious factor, social and economic factors also contributed to the rise of these two religions.

The rigid caste system prevalent in India generated tensions in the society. Higher classes enjoyed certain privileges which were denied to the lower classes. Also, the Kshatriyas had resented the domiunation of the priestly class. It should also to be noted that both Buddha and Mahavira belonged to Kshtriya origin. The growth of trade led to the improvement in the economic conditions of the Vaisyas. As a result, they wanted to enhance their social status but the orthodox Varna System did not allow this. Therefore, they began to extend support to Buddhism and Jainism. It was this merchant class that extended the chief support to these new religions.

The impact of Covid on Sports