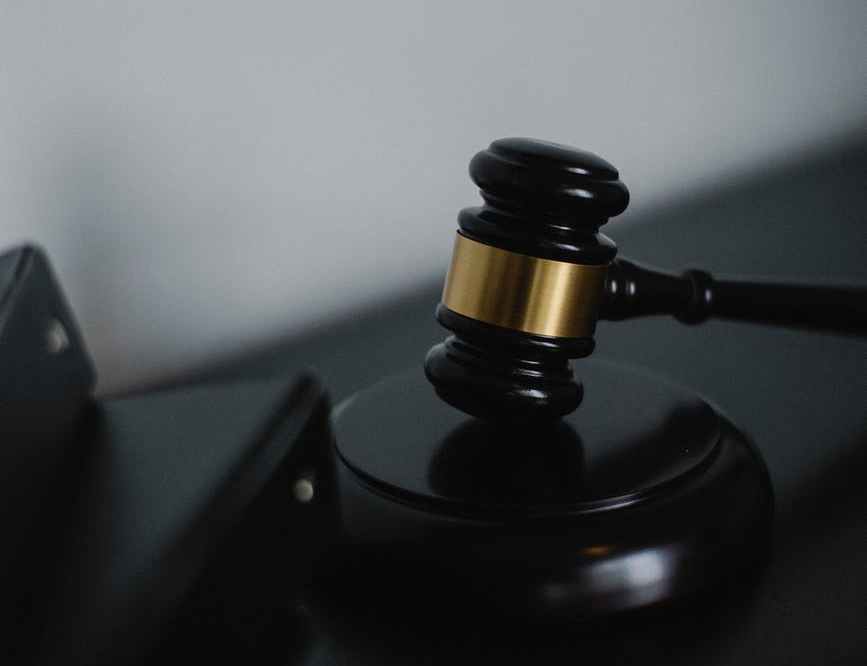 . Our democracy, our Fundamental Rights etc would be meaningless, if there was no judicial system. We have an elaborate battery of laws and judicial courts.

. The main sources of Law in India are the Constitution, Legislations and Caste Laws. Certain Customs which are long standing and are not against any express law, constitute the Customary Law.

. Further, the Government makes a variety of rules, regulations and bye-laws under the authority conferred by the Legislature. This is known as delegated legislation.

. We have a single integrated system of Courts to administer both the Union and The State Laws. This Uniformity of Judicial Structure has been achieved by placing the relevant areas of civil and criminal law in the Concurrent List of Constitution of India.

. We have at the apex the Supreme Court, with a High Court for each State or a Group of States. Under the High Courts are Subordinate Courts. The whole country is divided into judicial districts. At the village level we have Nyaya Panchayats.

GLORIUS HISTORY OF LEGAL SYSTEM IN INDIA- India has a recorded legal history starting from the Vedic Ages. It is believed that ancient India had some sort of legal system in place even during the Bronze Age and the Indus Valley Civilization. Law as a matter of religious prescriptions and philosophical discourse has an illustrious history in India. Emanating from the Vedas, the Upanishads and other Religious Texts, it was a field enriched by practitioners from different Hindu Philosophical schools and later by Jains and Buddhists.

Secular Law in India varied widely from region to region and from ruler to ruler. Court Systems for Civil and Criminal natters were essential features of many ruling dynasties of ancient India. Excellent secular court systems under the Mauryas (321-185 BCE) and the Mughals (16th – 19th Centuries) which preceded the current scheme of common law in India .

This section begins with the idea of Hindu Law and traces its origin through the ancient legal literature. The Section also describes the evolution of Hindu Law during the British rule as well as the modern times, to conceptualize ancient Indian Law in relation with modern Law. Islamic Law became relevant in India only during the medieval period or the middle Ages, especially with the advent of the Mughal Empire in the Mid-16th Century.

Hindu Law- The word “Hindu” used to be an ethnic label and not a religious one. First the Persians and then the Greeks used the expression “Hindu” was more widely used to distinguish them from the Islamic Kingdoms within India. Later on, the expression “Hinduism” was used during the British Rule in the nineteenth century to refer to the Hindu religious culture group as distinct from Christianity and Islam. Ever since, “Hinduism” has largely developed as a term that embraces the varied beliefs, practices and religious traditions among the Hindus that have common historical formations including philosophical basis.

Given the historical bases of the term ‘Hindu’, Hindu Law has had varied understandings. In the ethnic Indian context, some have understood Hindu Law to include the diverse laws prevalent in India from the Ancient Vedic Times until 1772 when the British adopted rules for administration of Justice in Bengal. Some have used it to distinguish thus system from the Islamic Legal System that existed in parts of India annexed by the Muslim Mughal Empires between thirteenth and sixteenth centuries, as well as the British Legal System from 1772 onwards.

Classical Hindu Law- The basic arrangement of the present day modern law in a democratic country like India is that elected representatives in the Parliament e (eg police or other law enforcement agencies) and the judiciary. When lawmakers create laws, they are based on a certain scheme of values of morality, politics, history, society and so on. In comparison with the modern law, the Classical Hindu Law was a peculiar legal system as it followed a unique arrangement of law and polity with a unique scheme of values.

Although the Classical Hindu Law was based on religion with the scholars of the Vedas playing a central role, in reality, it was decentralized and diverse in practice and differed between communities, based on locations, vocational groups and castes.

Anglo- Hindu Law – Anglo-Hindu Law can be divided into two phases. The first phase is the period between 1772 and 1864. This phase starts in 1772 when the British adopted rules for administration of justice in Bengal. The second phase is the period between 1864 and 1947. After 1864, India was formally part of the British Empire, and in 1947, India became independent of the British. The important features of the Anglo- Hindu Law are as follows-

Departure from the Dharmasutra tradition is the most significant development of the second phase of the Anglo-Hindu Law. The system of Court Pandits ended due to sufficient proliferation of, and establishment of, case laws during the first phase. Since there were problems with implementing the Classical Hindu Law, the British Legislated and codified various laws or acts, largely in the form of the English Legal System or the Modern Form of Law.

Modern Hindu Law- The British adopted (especially during 1864 and 1947) the modern law or the English Legal System and replaced the existing Indian Laws, except for laws related to family or personal matters like marriage, inheritance and succession of property. Family Law or the Personal Law applicable to Hindus is the Modern Hindu Law. The Indian of 1950 has adopted this arrangement wherein the family or personal matters, customary laws of the  relevant religious groups or traditional communities apply.

During the early 1950s, some Parliamentarians and groups had suggested some kind of return to the classical Hindu Law with one reform family law for all communities. These laws were Hindu Marriage Act (1955), Hindu Succession Act (1956), Hindu Minority and Guardianship Act (1956), and Hindu Adoptions and Maintenance Act (1956). These codified laws are the first points of reference for the Modern Hindu Law. The Indian Constitution of 1950 has adopted this arrangement wherein family or personal matters, customary laws of the relevant religious groups or traditional communities apply.

Islamic Law- The first Muslim Settlers arrived in India in the early 7th Century AD. Then, the Arab Merchants came to the Malabar Coast in South India. And in the 12th Century AD, the Turkish Invasion also brought Islam to India. Later, with the advent of the Mughal Empire in the mid-16th century AD, the Mughal Judicial and Administrative systems were introduced in India. The Mughal Court systems were later replaced by the English legal system starting from 1772, when the British adopted rules of justice in Bengal.

In the Early seventeenth century, The Crown, through a series of Charters, established a judicial system in towns of Bombay, Madras and Calcutta, basically for the purposes of administering justice within the establishments of the British East India Company. The Governor and the Council of these Towns formulated these judicial systems independently. The Courts in Bombay and Madras were called Admiralty Courts, whereas the Court in Calcutta was called Collector’s Court.These Courts has the authority to decide both civil and criminal matters. Interestingly, the Courts did not derive their authority from the Crown, but from the East India Company.

The Charter forms the basis for the establishment of Crown’s courts in India. The British East India Company requested King George to issue a Charter by which special power could be granted to the Company. Accepting the Letters Patent of 1726 and the subsequent Charters, has, in effect, applied English Law to British India.