While the difference between Solopreneur and Enterpreneur is a very narrow. The similarity between both is that they both have started up their own busines or services. These days a lot of youngsters are starting their own start up but with a new start up comes in new set of challlenges.

Being a Solopreneur means you are the employee of the company and need to literally do everything. From sending Couriers, to pitching for new clients ,to taking financial decisions everything has to be done by you. Even though most of the Enterpreneurs are solopreneurs in the initial stages, they do not remain Solopreneurs and hire another people.

I have been a Solopreneur for quiet sometime now and trust me even though it is comfortable and being a Solopreneur has its own set of challenges, which nobody tells you.

When you work on your own alone, you need to be determined and disciplined. A lot of people have brilliant ideas, but fail because they are not consistent and fail to try even more harder after they fall. I started my career as a Legal Assistant in a Law Firm in my second year. When you join as an assistant the first job that your seniors assign to you is to file the papers in the file.

Though it may look like a mundane work but that is where we learn our first lesson. Information of facts and using it at the right time is a Lawyer’s biggest weapon. The papers are always arranged in reverse Chronology for easy access. A lot of my friends quit their internship saying they are not here to do the peon’s work and wanted to appear in the Court and argue on the first day itself. Alas it takes you ages if you have to represent the client for an argument.

Slowly and steadily we are assigned smaller mundane task, which at a subsequent stage help us a lot in being independent. This is technically the foundation stone to us lawyers being Solopreneur. By the time we graduate and come to the end of our internship,we are fully prepared now.

Our Seniors used to say, that it is important to know and do the work right from that of a Peon to the CEO because then nobody will be able to fool you, as you are well versed with all the procedures.

So coming back to the topic of being a Solopreneur, yes it does come with its own set of challenges.

Though being a Solopreneur for past one year has made me well versed with all the tricks of the trade required to survive and grow. Sometimes, I do feel lonely, when I don’t have that leaning shoulder to share my pains and gains.

Yes, I am a strong Woman but that does not mean that I cannot be weak and not need support system. There are always pro’s and con’s of every type of business. When you have a team, you can share your vision and get input and a different perspective on the same from your team members. However, sometimes, it gets very taxing, when you have to take certain decisions and literally do not have anyone to fall back on.

Decision making is one of the most toughest challenges of being a Solopreneur because if you are success, then you will get the entire benefit but if you fail the entire burden comes on you. But it is a risk worth taking.

You need to be a multi-tasker to be a solopreneur and a Jack of all trades and master of none. I feel that by now, I have already accepted the traits of being a Solopreneur and presently I am happy to be one.

Do let me know if given an opportunity would you be an Enterpreneur or a Solopreneur.

The Copyright of this article belongs exclusively to Aishwarya Sandeep. In case of immitation or reproduction of the same, appropriate actions will be taken against you as per the Indian Laws subject to Mumbai Jurisdiction.

When I took a Break from Social Media

From Nowhere to Everywhere

An Opportunity to be the changemaker

My first book I Wish I had Spoken, is now available on Amazon and Flipkart.

4 thoughts on “Being a Solopreneur” 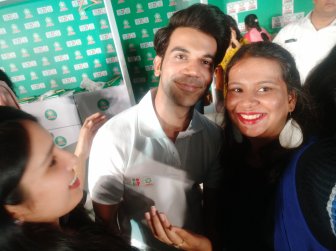